What better way to spend a warm summer’s afternoon than a traditional local gala – barbeques, ice-creams, stalls and games galore and to top it off, a lungbusting dash to Hope Hill trig point. In amongst the Eldwick and Gilstead Gala is the delight of the Gala Fell Race, a 4.8km run with 168m ascent. The route starts off fast on tarmac before taking a well-worn footpath to the summit of Baildon Moor before plunging back down the hillside and rounded off with an uphill finish.

This was a popular race this year for the Calder Valley with a contingent of ten turning up for a bit of gala fun and a race. And amongst a group of seasoned (and some fast) Calder Valley runners, the surprise of the pack was William Hall who, at just 16 won his first senior race beating the rest of the field of 85 runners convincingly in a time of 18:53:40. A great achievement for one of Calder Valley’s band of junior runners who are making the transition to the senior ranks.

Another CVFR Junior showing their mettle over the weekend was Charlie Pickens in the Kirkby Gala Fell Race Junior races. Despite competing against boys older than him  Charlie won the U17s race convincingly in a time of 17:53. In the Senior race, CVFR veteran Steve Smithies put in a good run finishing 29th in a time of 28:19. 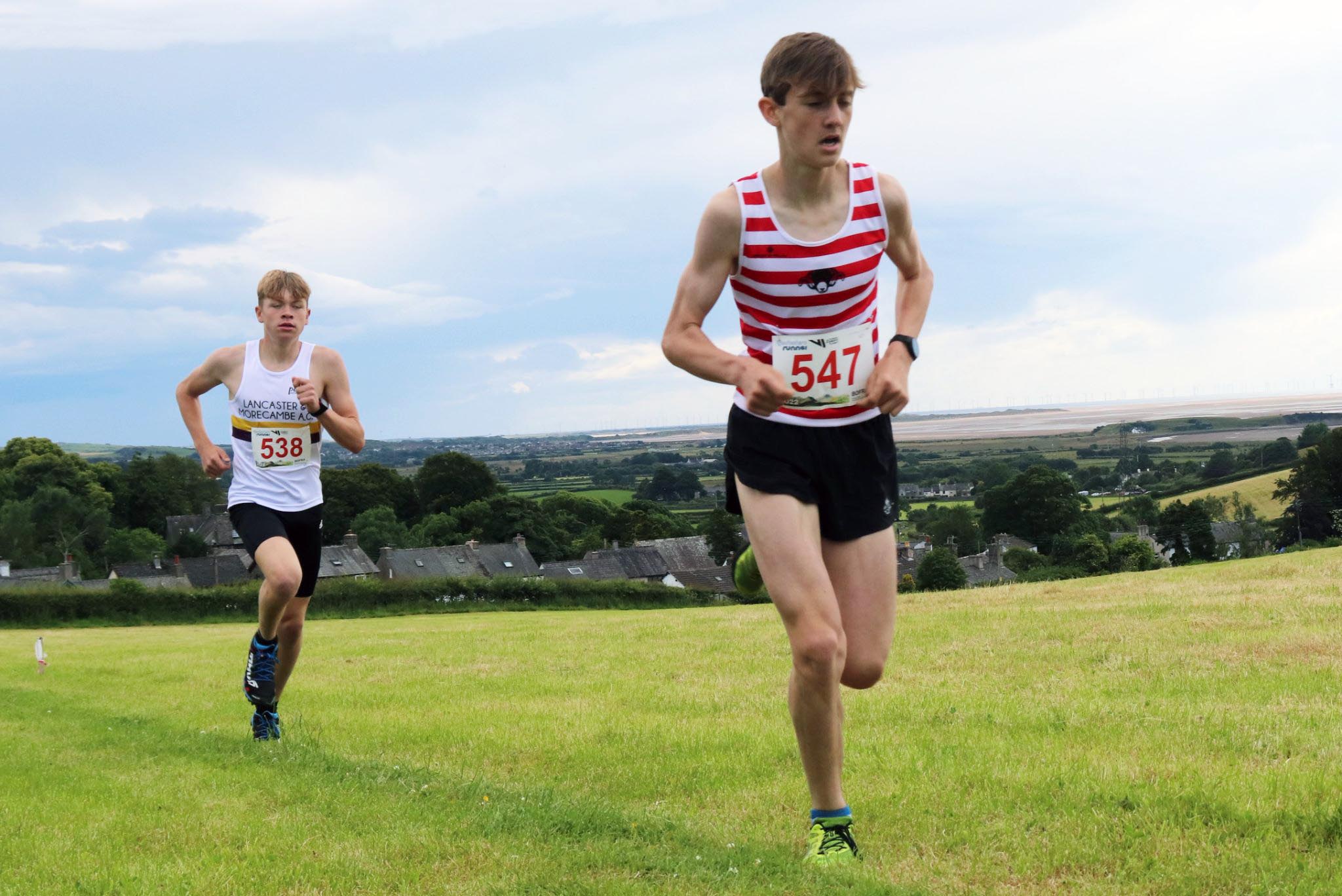 Charlie on his way to taking the U17s race win