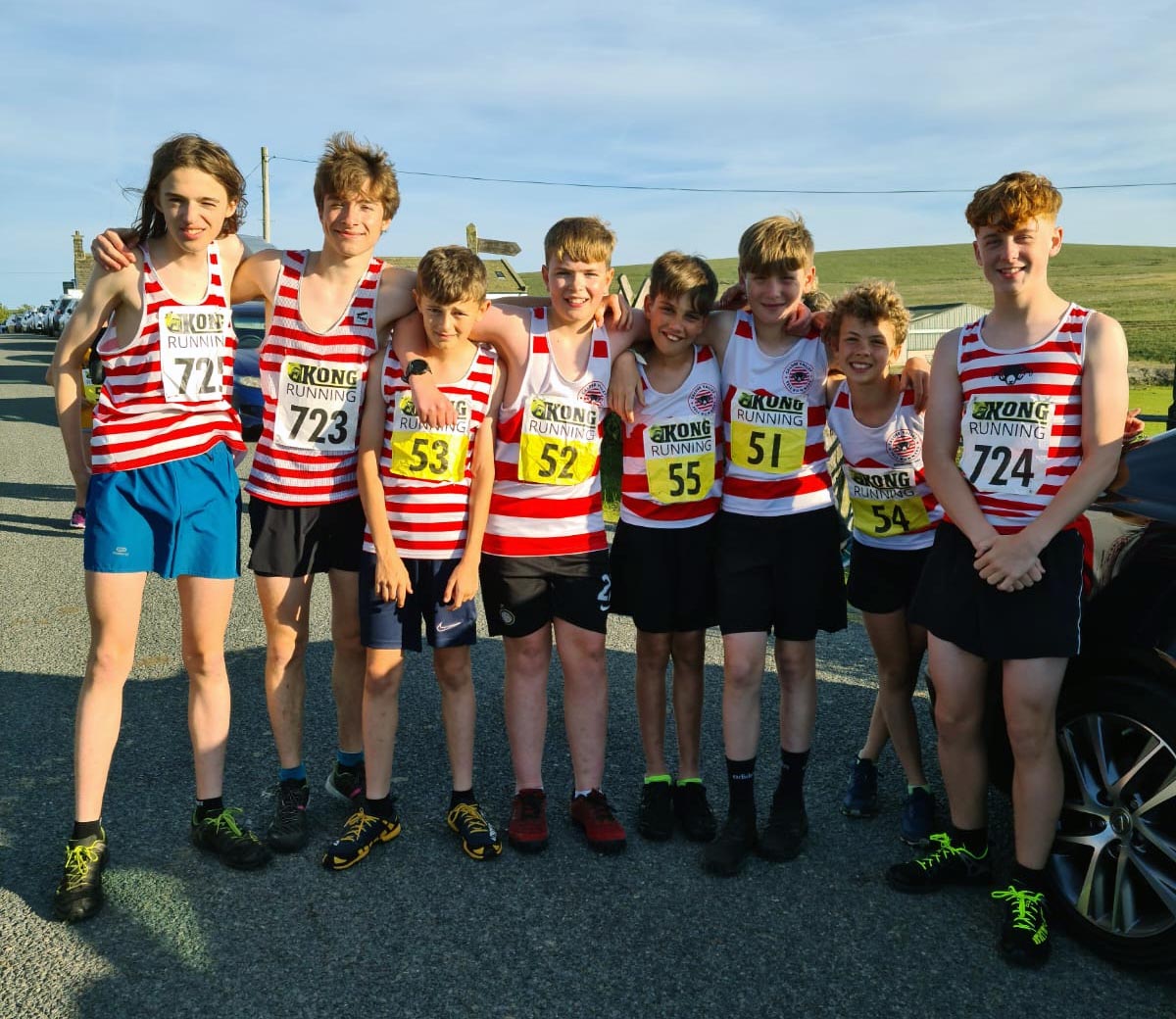 Even the very tall ferns didn’t deter our juniors from taking part in the Widdop Junior Fell races which cover all age categories. These are proper fell racing routes which head out onto the moor before the return journey to some fern bashing and the uphill finish field. In the under 9s and with both fairly new to racing Alwyn Gardner took 3rd spot with Ellis Campbell Brough placing 5th. In the older age group of under 11s Rowan Campbell Brough also placed 3rd with Rowan Gardner 5th and Georgie Illstone, the only girl in the race, taking 6th spot. An amazing new course record in the under 13s saw Clara McKee take the overall win. 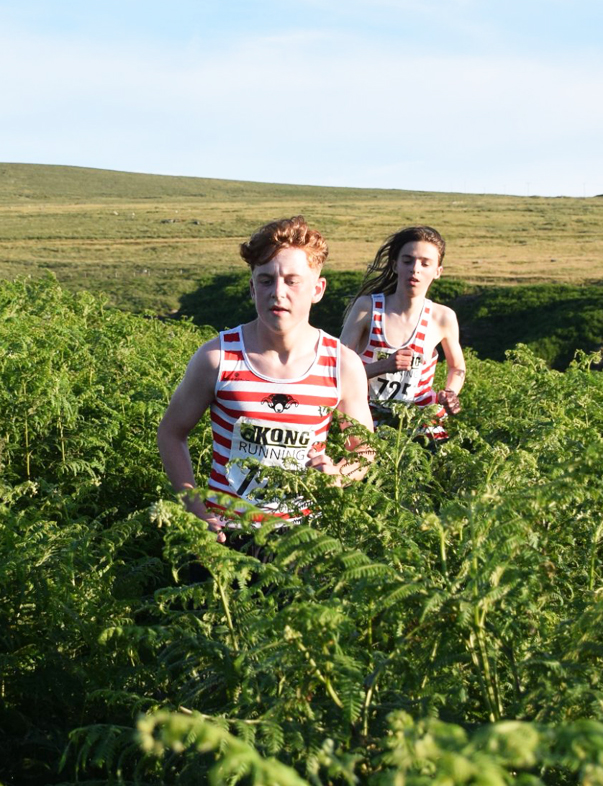 Euan and Leo battling the ferns

Team mates Joseph Stone, Harry Cliff, Mani Kaler and Ted Parker placed 2nd to 5th respectively. Wynn took his first ‘win’ in the under 15s race with Euan Logue taking top spot in the under 17s and Leo Illstone just behind for 2nd place. Under 19 and ever improving Elijah Peers Webb had a fine run to take the win. 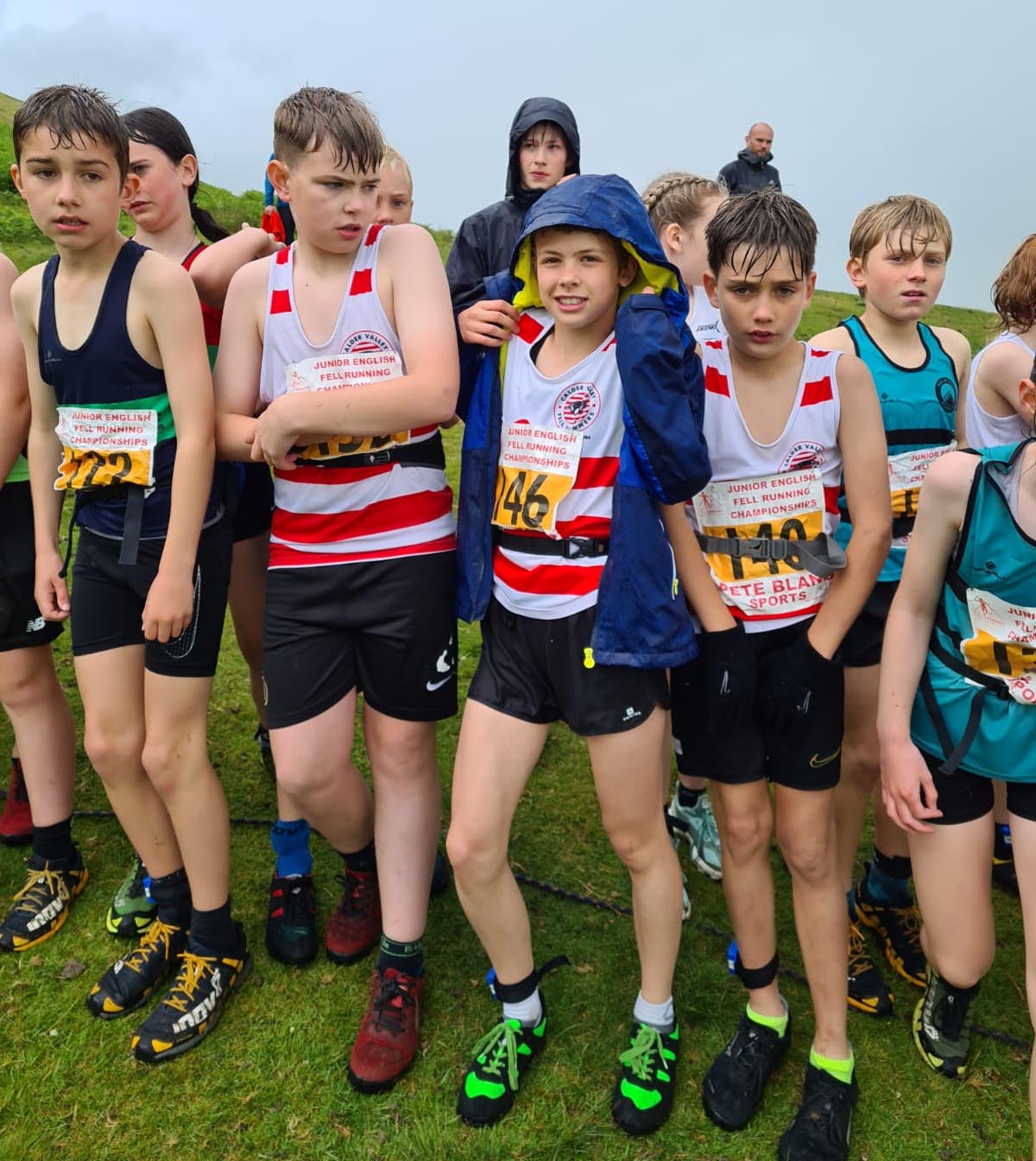 A wet and soggy Sedbergh didn’t dampen the spirits of the Calder Valley juniors in their final English Championship race. A change of route from previous years with the start and finish being further up the Howgill hillside meant no warm up. It was an immediate sharp up and down on steep grassy slopes. 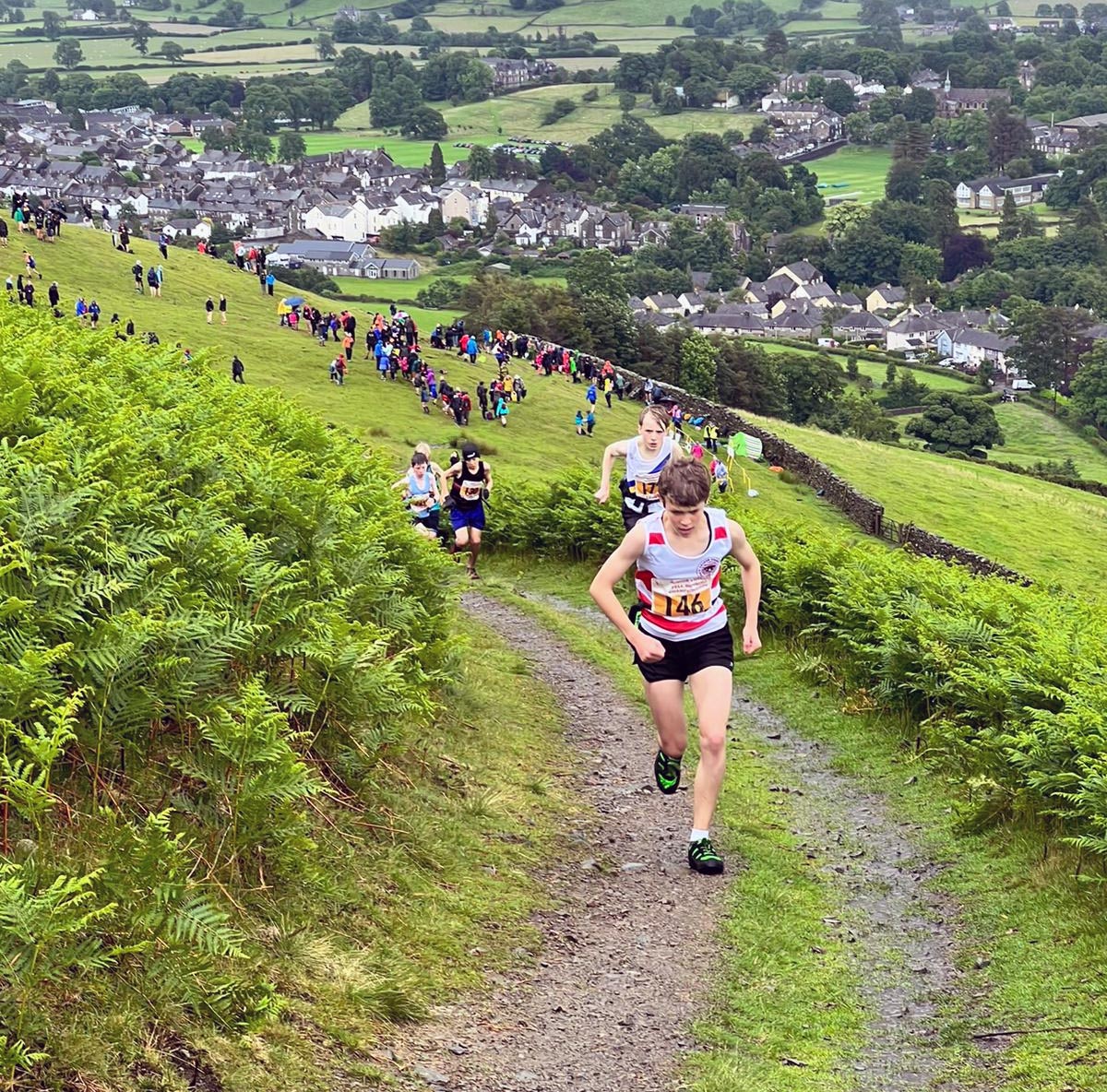 Clara leading them out and she stayed out front all race

First up was the under 13s with Clara McKee taking the win comfortably in 10.40. She was successful in winning all her races giving her top marks for the gold medal. A real battle ensued between good friends Harry Cliff and Joseph Stone with only 2 seconds separating them on the finish line. Harry in 13th in a time of 12.16 just edged out 14thplace Joseph who completed the race in 12.18. This saw Harry taking a top ten spot in the championships with 9th overall. A great 25th spot for Mani Kaler in 13.10 in his first champ race and another gutsy performance from Ted Parker in 47th in 14.40. 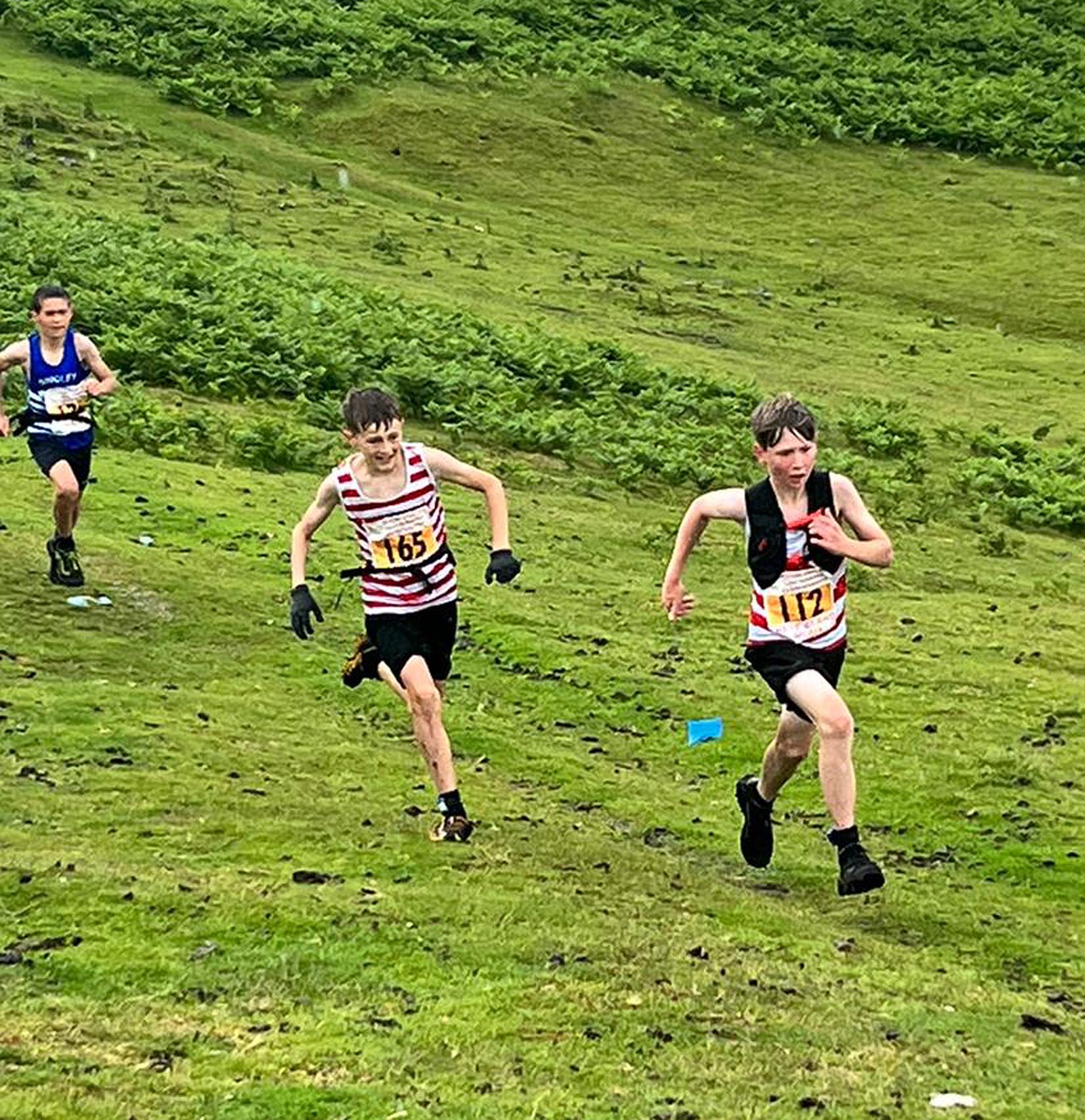 Joe and harry battling it out to the finish

In the under 15s race an ever improving Thomas McKee, in a time of 14.20, had a great race to place 8th on the day which gave him a brilliant 7th overall in the championships.  Third spots were high on the agenda for under 17s Charlie Pickens. He took 3rd on race day in 15.42 which sealed championship bronze for him. A great time of 18.14 and 17th place for an ever improving Euan Logue.

Not to be out done by the younger club members Will Hall, in the under 19s, placed 4th on the day in 32.59 and also took individual championship bronze. Another solid run saw 8th place for Elijah Peers Webb in 34.48 and 8th overall in the championships. Team places were won by the club with the Under 13 boys in 3rd, Under 17s boys in first and Under 19s boys in second. Great running from every one of our juniors who took part in the championships.