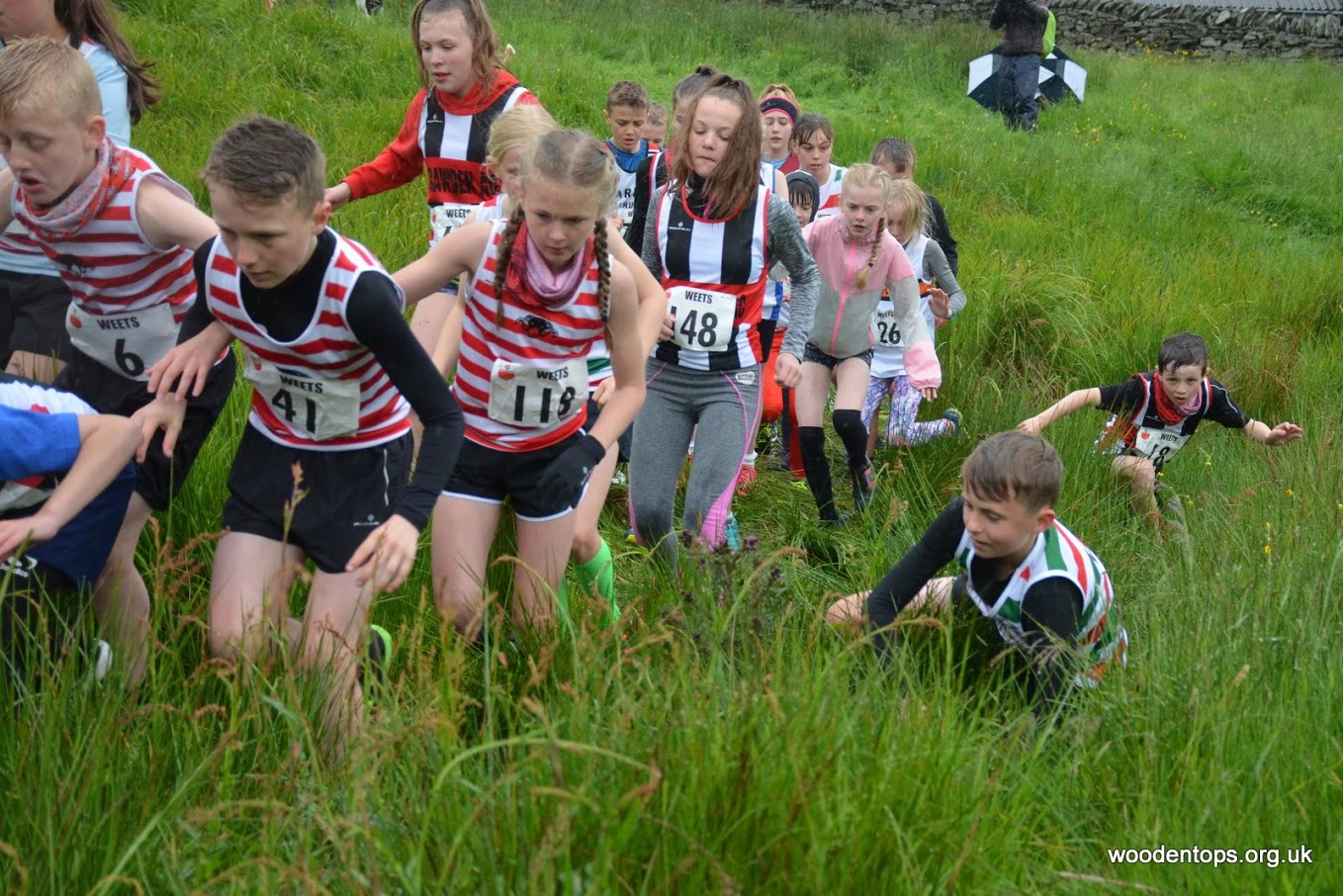 Another good contingent of CVFR juniors braved a rather soggy morning to run in the Weets junior fell race at Barnoldswick.

The final stream crossing in the closing straight to the finish proved somewhat tricky to navigate with a fair number of runners coming a cropper over the course of the morning …..but all our juniors negotiated it well.

In the Under 9’s Harry Cliff finished strongly taking a clear victory ahead of some good local runners. Charlotte Cliff had the option of running in a rare Under 7 race but decided that she wanted to run in the bigger field of the U9’s. A great decision as she notched up her first top three girl’s finish and 14th overall.

Our three runners in the Under 11’s also ran very well, all finishing in the top 10 of 30+ strong field; Joseph Stone (5th), Sam Annison (6th) and Ted Parker (10th) – Ted opting part way through that given the conditions he’d be better off racing whilst holding his glasses. On finishing, Sam commented that despite the conditions he very much enjoyed the race!!

Excellent running from Charlie Pickens in the under 13s taking a 3rd place with George McFie bagging 5th place.

Under 15s saw Elijahs Peers Webb taking his first podium in a fell race with a fine 3rd place. 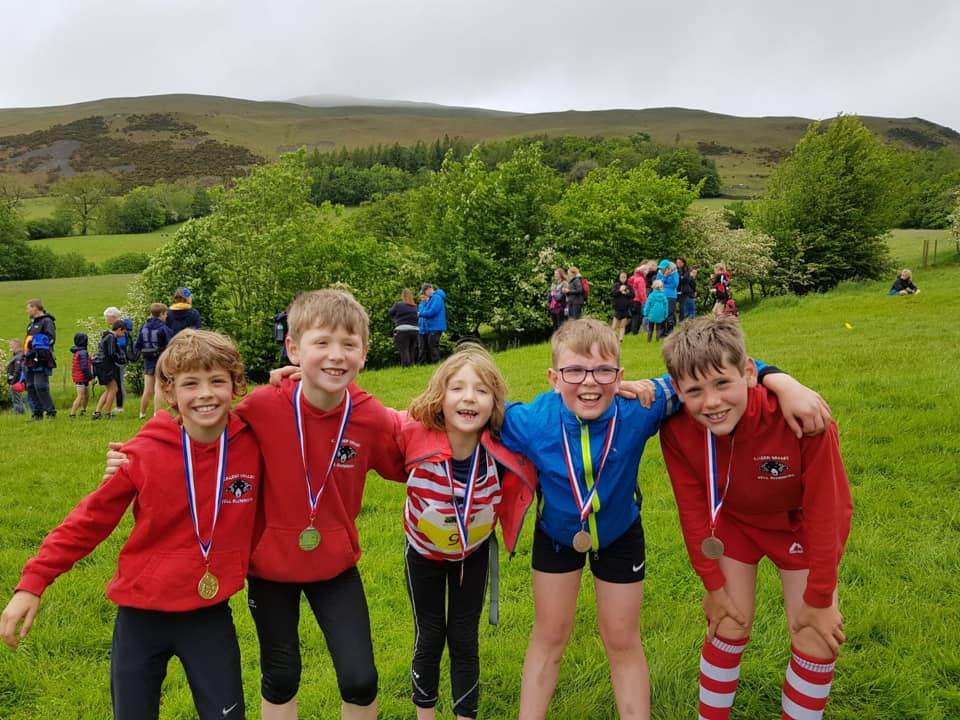 It was a pretty soggy and slippy morning and following a walk of the U11 course Clara McKie came back with the words “Pure brutal”.

However not to be phased by this she put in another great performance, finishing 1st girl and 2nd overall. Sam Annison and Ted Parker also in the U11 race both finished strongly and came in consecutively at 12th and 13th places respectively. Asking them how it went the both simply said “It was hard”. It’s fair to say that this was Ted’s strongest performance of the season so clearly a runner that thrives on tough courses.

Harry and Charlotte Cliff represented CVFR in the U9’s. The course was the same as the other age groups but with an earlier switch back, so both had to tackle the initial “Cliff” like climb. Harry ran well and despite catching up with the eventual winner with every stride in the closing stages was pipped into 2nd place; the course just 50m too short for his final surge. Charlotte, probably the youngest in the field, was delighted with her finishers medal, finishing 7th girl. This was well deserved not only for merely tackling the course but for her tenacity in the closing stages to catch and fly past two other runners into closing funnel. She’s one to watch in the future.

In the U13s in a closely fought race it was 7th, 8th and 9th respectively for the flying hoops of Charlie Pickens, GeorgeMcFie and Thomas McKee. Ollie Pickens was 20th with Wynn Standish in 31stplace. Fearne Hanson placing 10th girl just held off her friend and team mate Olivia Falkingbridge with both of them having solid runs and showing improvement.

In the tough age group of the U15s Elijah Peers Webb (16th) and Tom Owen (17th) equipped themselves well getting top 20 places.