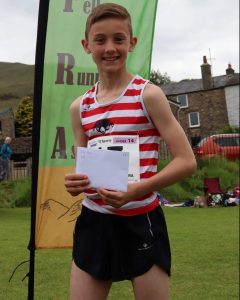 The juniors members of CVFR took part in the BOFRA races at Sedburgh gala over the weekend.  Starting with a smallish U14 field for a straight out and back run up a steep hillside. Charlie Pickens, 5th place and 3rd boy, said “It was a fantastic race and I’d absolutely love to do another BOFRA”. Ollie Pickens also enjoyed it and snuck in to the top 20 in the U12s. Thoroughly recommending the race to all.

On Bank Holiday Monday, CVFR hosted the popular Coiners race for both juniors and seniors. This year, the race was an English Juniors Championships counter, thus attracting large numbers of youngsters from all over the country, with over 450 juniors racing. The pressure was on for CVFR to pull off a super, successful junior event and they did just that with club members coming out in force to support and marshal the races, superbly organised and coordinated by junior coach, Alastair Whitelaw. The testing junior routes each started with a tough uphill, with the older the age group the wilder the route. The older runners take in large chunks of open moorland before a long fast downhill descent with a bit of everything – moor, tracks, woodland and fast grassy slopes. Smiles and mud were abundant as the juniors zipped their way round their respective course (U9, U11, U13, U15, U17 and U19). Harry Cliff again took the U9 title, with Joe Rochester close behind in 4th place, a super start to his season. Charlotte Cliff and Sol Doherty also ran brilliantly in the U9. CV’s Clara McKee scooped 1st in the U11 with Joseph Stone Sam Annison, Freddie Sharp, David Ritchie, Noah De Wi, Leo Hacket, Ted Parker, Lennon Wilson, Fred Slater, and Daisy Pope all also showing great determination and effort. In the U13, CV’s Charlie Pickins and Thomas McKee both came in the top 10. George McFie also ran superbly, despite getting stitch half way round, as did Seth Howson, Ollie Pickins, Wynn Standish and Fearne Hanson. The U15s saw a sterling effort from CV runners Tom Owen, Elijah Peers-Wood, Leo Illstone and Emilia Wright. 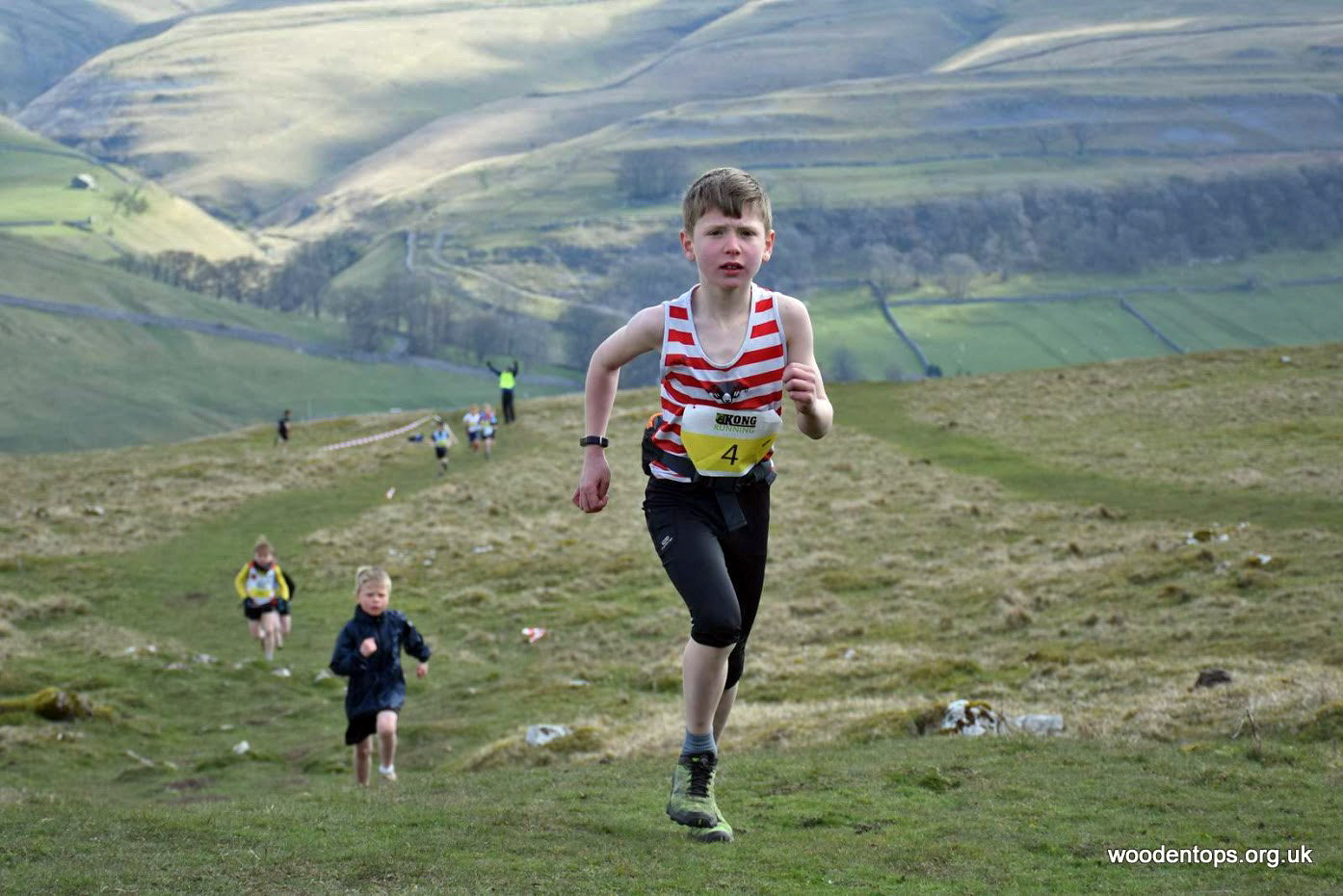 Harry on his way to another win in the beautiful Dales

The second counter in the Junior English Championship was set the beautiful Yorkshires Dales village of Kettewell. Tough courses were encountered, in terms of terrain, although conditions were good being dry underfoot. It was a cold one for spectators though! 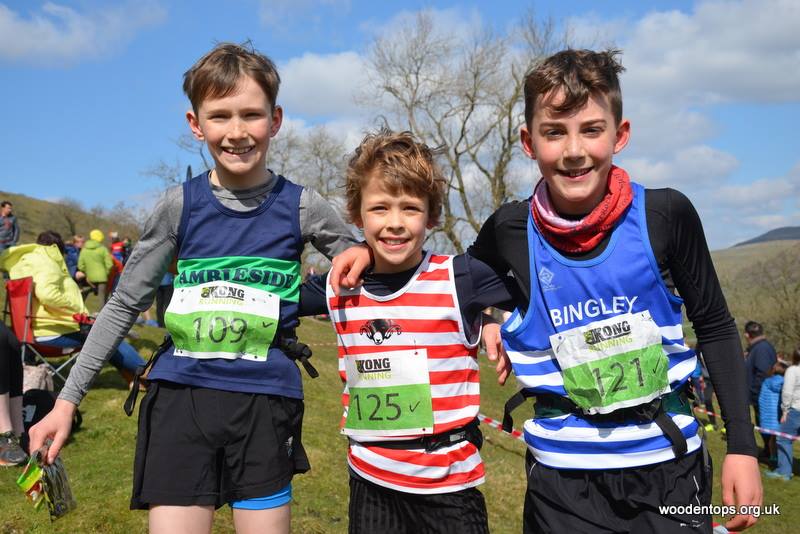 Clara, outright winner, flanked either side by second and third place

Harry Cliff in the under 9s and Clara McKee in the under 11s, who beat all the boys, were again first past the post with controlled running. Harry’s sister Charlotte racing in the same age group as her brother ran well to place 11th girl.  Under 11s Joseph Stone had a brilliant climb but looked to be struggling with his knees on the descent but still managed a credible 13th place. 22nd for David Ritchie with Sam Annison hot on his heels but carry one of his shoes in his hand rather than on his foot. Impressive that he managed to finish the race. 29th Ted Parker and 31st place for Freddie Sharp. 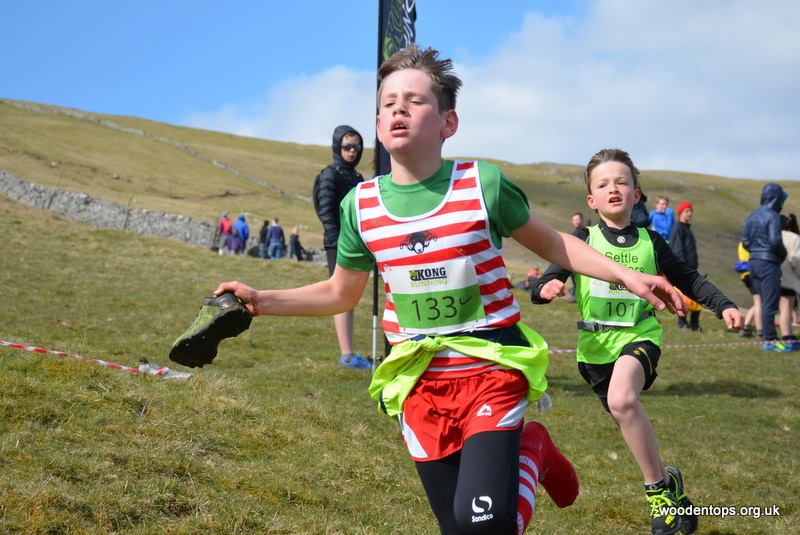 One shoe Sam finishing in style

Looking in control in the under 13s was George McFie who was the first Calder back placing 9th but he was pushed all the way by Thomas McKee in 10th  who ran a very measured race. Fearne’s descent was top drawer getting her 22nd girl in this tough age category. 33rd for an ever improving Ollie Pickens and 42nd place for Wynn Standish who was steady but focussed.