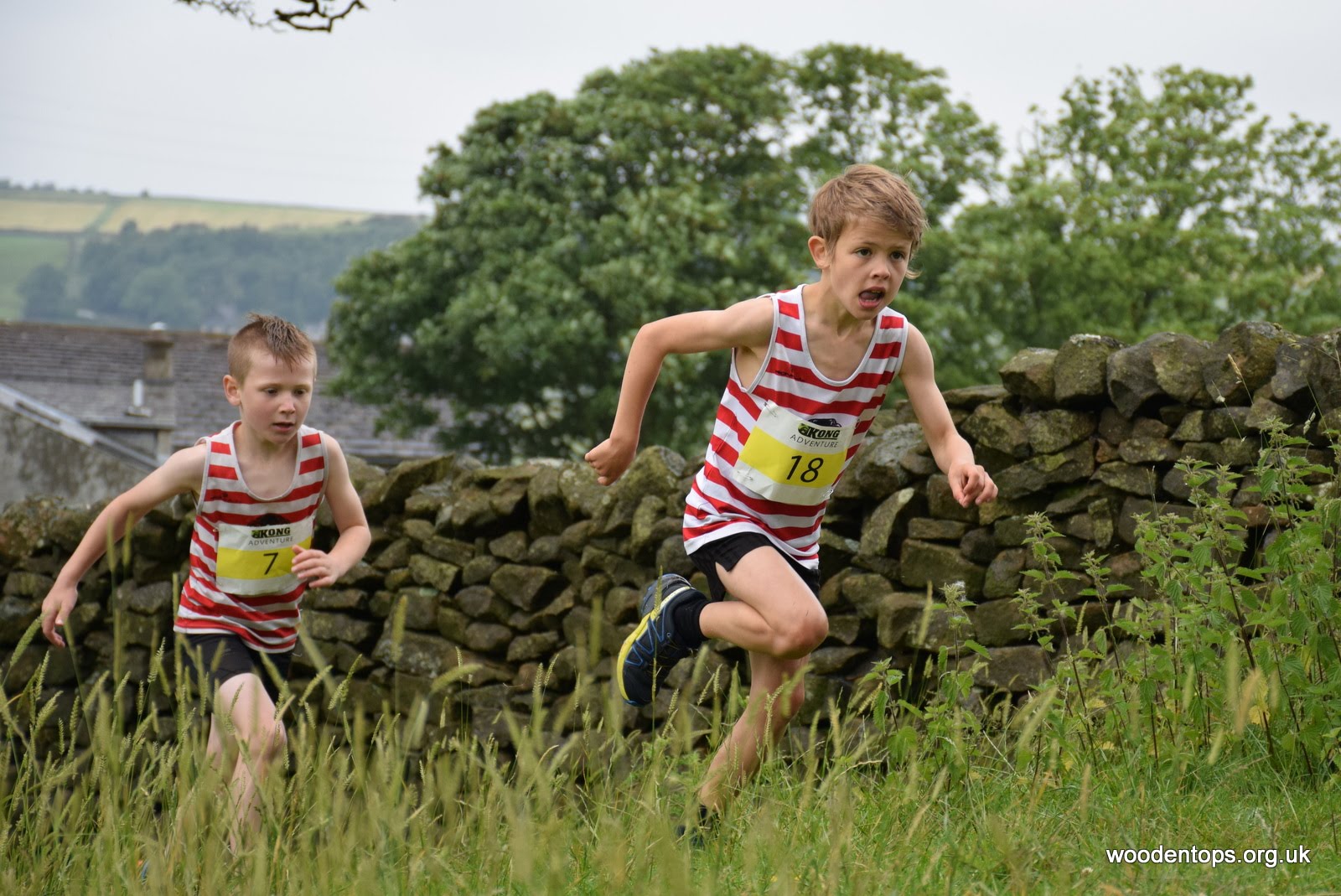 At Clougha Pike on Saturday 16th June, Calder Valley’s Ben Cliff flew the flag for Calder Valley’s seniors, putting in a good personal performance to finish 24th overall & 6th in the men’s V40 category. However, the English Junior championship race event belonged to the red & white U9s, who crowned themselves once again in glory – leaving the rest of the field for dust. Clara McGee once more beat both boys and girls outright, to finish 1st in 3:29 – a whopping 37s ahead of the 2nd girl, with Ben Cliff’s son Harry the first U9 boy home, only 11 seconds after Clara.

Bofra’s Kettlewell on Sunday 17th June may only be 1.4 miles, but it packs a punch for the distance: with an incredibly steep 600ft slippery of ascent, following by an even more treacherous final descent. In the end, only a few blades of grass separated many of the 98 competitors, with Toby Cottrill fighting all the way to the finish line to be the first red & white hooped runner home (15th place in 14:08). Fellow CVFR, Stephen Smithies was hot on his heels (runners 15-20 finished within five seconds of each other), placing 18th overall & winning the men’s Vet 50 age category. For the juniors, it was equally tight at the finish. In the U14s, 10 seconds made the difference between 8th & 12th place, with CVFR James Duffy finishing a respectable 12th in 11:17.