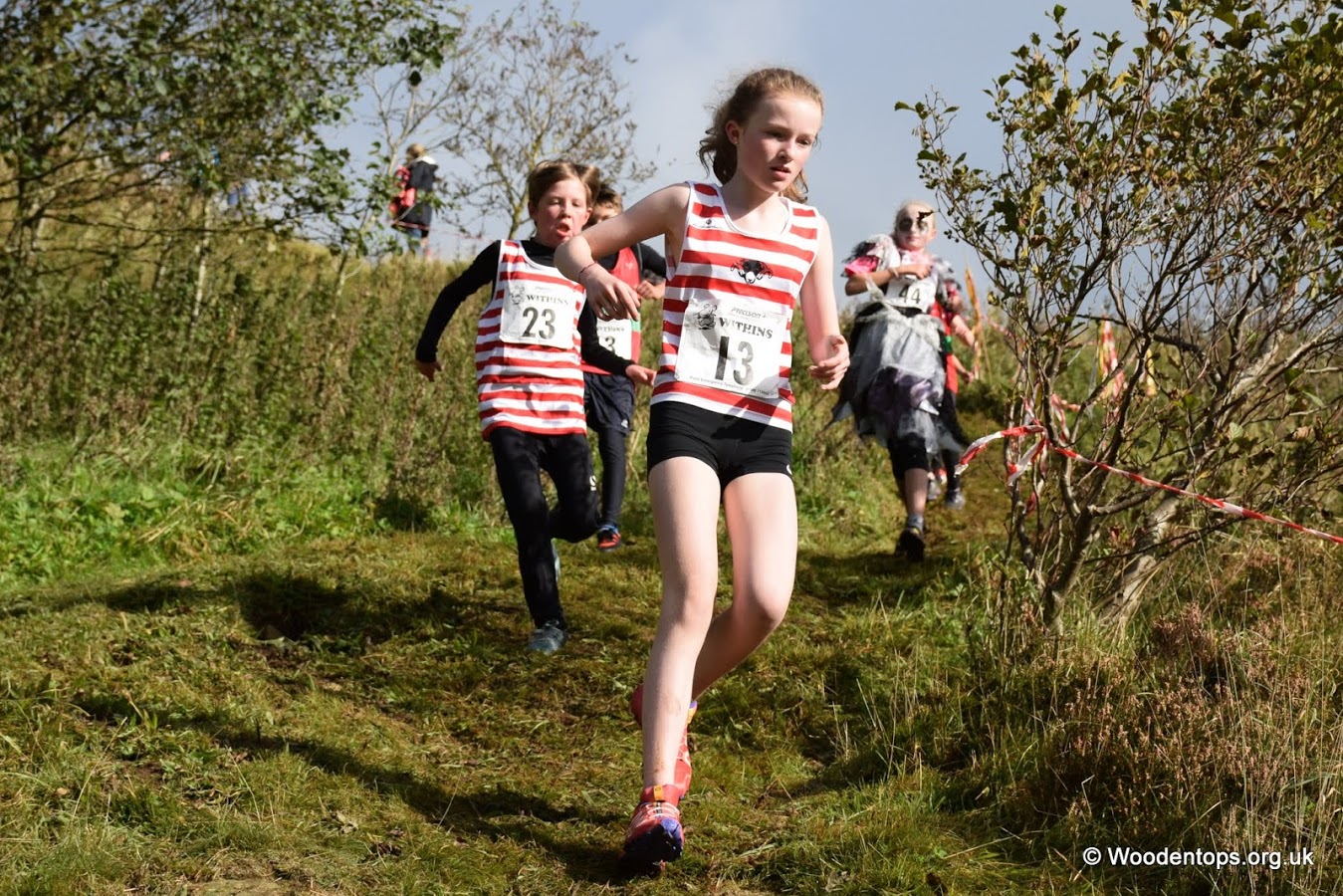 Always popular with kids, the event also features a series of ‘curly wurly rat runs’ – so called because the chocolate bar is given to every competitor – with 150 children racing through the mud and hills of the moors. Thomas McKee in 5th in 2mins 58secs and Wynn Standish a fine 15th in 3mins 37secs did well in the under 8 boys race. Patrick Casey won the under 10 boys race in 7mins 7secs with Charlie Pickens 11th place 7mins 52secs, 18th George McFie 8mins 12 secs, 23rd Ben Hodgkinson 8mins 40secs, 25th Tom Owen 8mins 47 secs with Leo Illstone 1 place and 1 second behind. Alfie Hackett in his first race placing 31st in 9mins 10secs with 37th for George Whitaker in 10mins 36secs. Fearne Hanson was the only under 10 girl and she raced well to take 15th spot in 9mins 57secs. In the hotly contested under 12s another great performance by William Hall taking 2nd in a time of 6mins 31secs. Struggling with injury and illness Eilo Beesley ran hard to place 10th in 7mins 23secs. Another great run from Maya Brunt in the under-12s girls race to take 7th place in 8mins 3secs & Ruby McFie, who’s been struggling with a sore ankle, 16th in 9mins 21secs. Again the sole representative in the under 14 boys race was an every improving Lucas Greenwood who placed 4th This set of great results shows the strong potential of the next generation of Calder Valley Fell runners.

The junior race at Thieveley Pike, Calder Valley had some great results with two of club’s under 12s, James Duffy and Alex Duffield, finishing 1st and 2nd respectively. Both have been strong runners this season, and their success at Thieveley Pike demonstrates they will be ones to watch over the coming years. 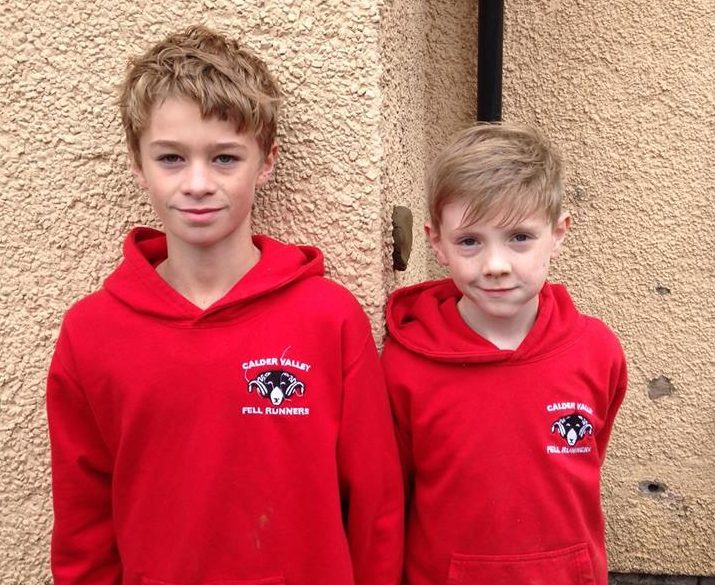