Some of our juniors took park in the West Yorkshire Olympic Games last week. A great time was had by all. 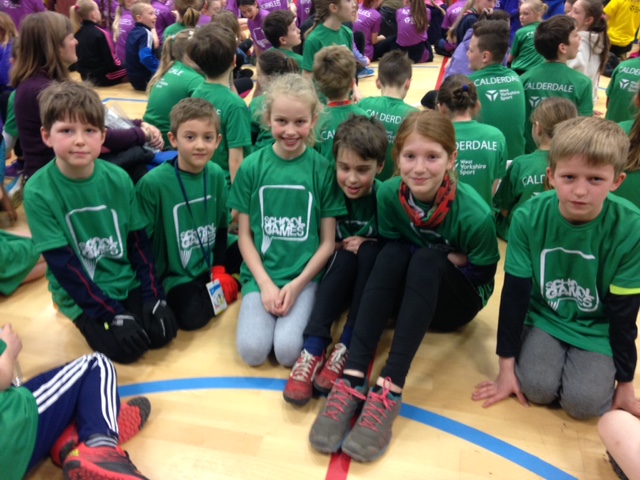 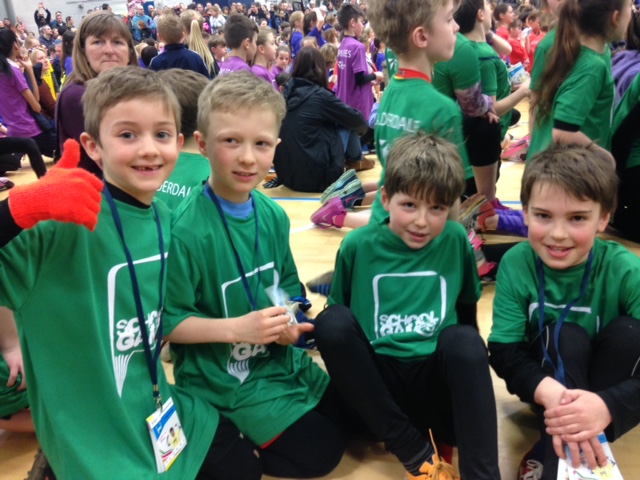 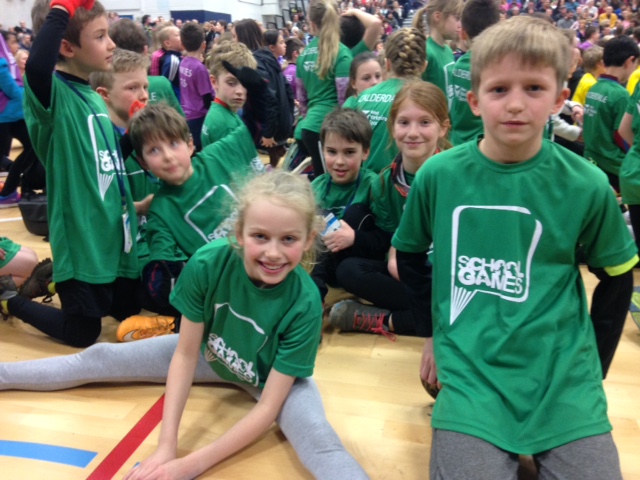 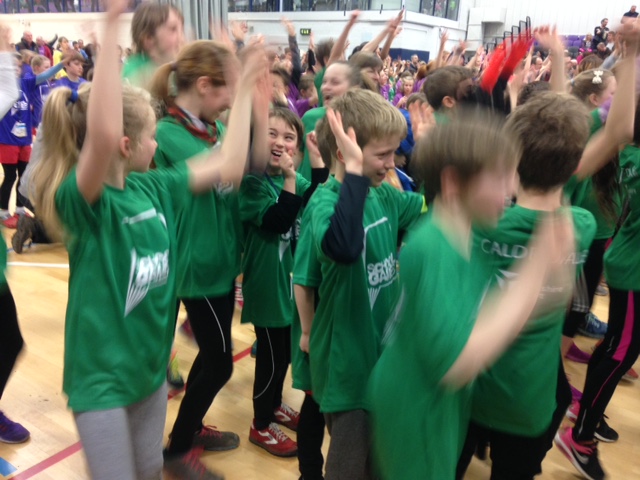 At the recent Keighley 10k Eilo Beesley mixed it with the seniors and it was great to see his mum and dad, who help us lots with the juniors on a Tuesday, taking part TOGETHER. 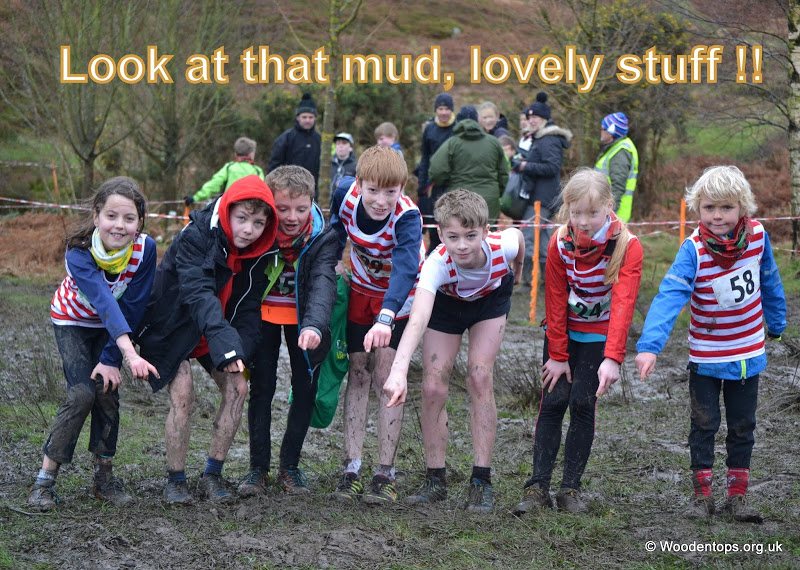 Mud glorious mud greeted the junior of Calder Valley Fell Runners on the first race of their club championships at Ilkley Moor. It was a wet and cold day with very blustery conditions but that didn’t deter the enthusiastic youngsters as they battled against the elements and each other to gain valuable points. Martin Howard raced the full Ilkely senior race to get maximum points as the only under 18. While Erik Powell was the only one in the under 14s race placing 13th overall the most hotly contested race for the red and white hoops was the Under 12s with talented James Duffy taking the spoils with a great 3rd place. He was closely followed by Eilo Beezley in 6th, Jude Baldaro in 7th and Alex Duffield in 12th. Other good solid runs came from William Hall (17th) Joseph Hobbs (26th). Maya Brunt took maximum points for the girls placing 56th overall in a field of 78. In the younger age group of under 10s Patrick Casey didn’t disappoint as he was a fantastic 2nd place and looks good for taking this title in the champs once again. Matilda Baldaro ran well to take maximum points from team mate Fearne Hanson who placed a fine 49th. Tom Owen (37th) and Leo Ilstone (53rd) also ran well in this age group. In the under 8s Wynn Standish did well to take a fine 16th place in a field of 43 youngsters.