Jack, Brad and Edan running well in the muddy conditions

Sat 16 March saw 3 of CVFR juniors donning West Yorkshire county vests as they took part in this years English Schools event which traditionally closes the cross country season. Jack Denton was winning his first county vest having won his calderdale schools age group and finishing 3rd in the West Yorks final. Unphased by the size and importance of such an event he ran strongly in the junior boys race  throughout to finish 20th.

The event was taking place at Carton Hall on Derbyshire across open pasture land on an undulating course with one steep short hill. As conditions worsened throughout the day the wet conditions turned quickly to mud bath making the going under foot very interesting.

Edan Whitelaw taking part on his 2nd English schools this time in the intermediate race found the conditions on his race very testing leaving him unable to really get going. In amongst fields of around 300 runners its often impossible to find clear running until too late in the race.

Luckily for Brad Traviss he was able to start at the front of the West Yorks starting pen which meant he was able to get away cleanly and was always in the running working his way through the senior boys race to finish an excellent 19.

Well done to all three lads. 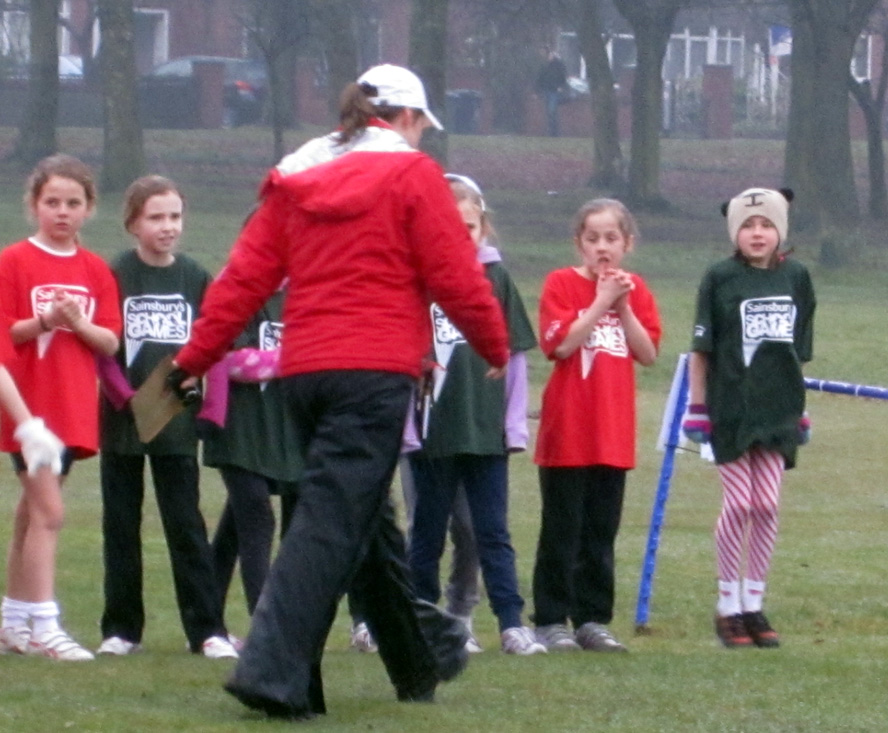 Olivia in her red and white striped leggings waiting to run

We had a good little turnout of juniors at the West Yorkshire Schools Winter Games at Leeds Met Uni last Friday – Regan Buchan was there with her school, Rory and Ben from Old Town, some from Scout Road School and some others too… there were 1400 kids there. Kids from Calderdale, Leeds, Bradford, Wakefield and Kirklees areas were represented.

Olivia Sylge ran in year 4 girls, against 70 other kids and came 3rd which was fab. She had wanted to improve on her 20th place from last year and did … so good on her.

It shows with Olivia’s improvement that coming to the junior sessions to run and have too improves your running.

Well done to all our juniors who race.