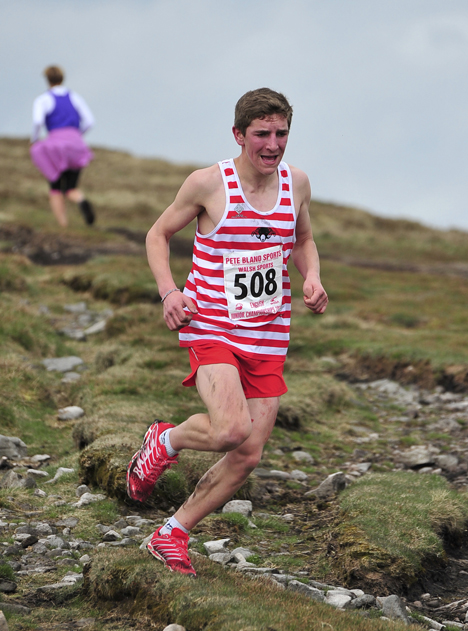 Brad in action on his way to English Title

What a week of racing that Brad Traviss had taking a win at Cragg Vale over inform friend James Hall of Wharfedale and team mates Karl Gray and Tim Black. Running in the form of his life Brad took on Hawkswick race on Saturday 30th June. He gained his second senior race win of the week and secured the English Title for Under 18s. A great well deserved achievement.

In the local Stoodley Pike race on Tuesday Edan Whitelaw had a brilliant run to win the under 18s prize and gained 12th place in a time of 22.09. Ever improving Jack Denton placed 22nd overall in a field of 166 runners. He was also 3rd under 18 in a time of 23.41.