There was plenty of racing last Sunday in the Black Combe events, on a beautiful sunny day, on the west side of the Lake District with stunning views of the lakes and coastline. The seniors race, just over 7km with 600 metres of ascent, was won by Rob Jebb, Helm Hill Runners, in a time of 40:09. CVFR’s Trudi Entwistle (FV50) came a brilliant 1st Female in a time of 57:23, closely followed by her team mate Layla Hirst (FSEN) who took the 2nd Female spot in a time of 1:00:21. Trudi and Layla say, ‘The race was very steep and windy, but it blew the clag away which usually likes to cling onto these hills. It was quite a small Senior field, but the U19s kept the seniors on their toes as they raced together. The U17s also had a mega climb of 520 metres, and all juniors did amazing, they are made of tough stuff’.

They are indeed! Our Juniors did us proud at Black Combe, in the English Junior Fell Running Championships, with a number of them representing CVFR from U13s upwards. The sunny conditions in the valley belied the high wind at the top which caused a few racers some problems. 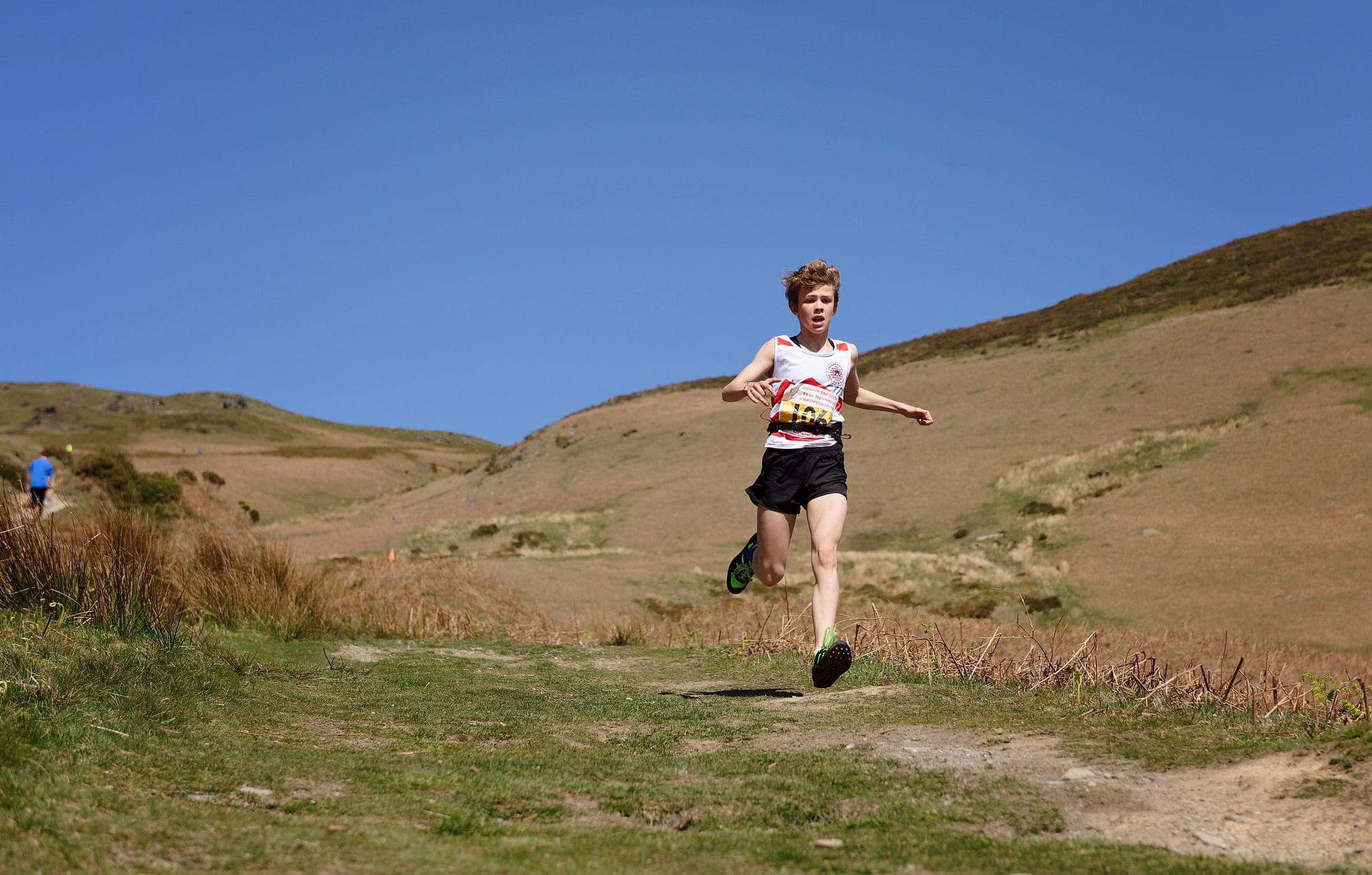 Clara on her way to taking 1st spot overall

The U13s started their run of 3km at just above sea level with a climb of over 250 metres over a very steep and winding route to the summit of Seaness then onto White Stones, before a swift zigzag descent for the return – in those strong and blustery winds! Clara Mckee got a brilliant 1st place, in 17:37; Harry Cliff came 12th with a fine time of 19:17. Sadly Joe Stone suffered a major stitch after leading the CVFR team to the top of the hill but carried on to come in 14th in a great time of 19:28, and Ted Parker did another great time of 24:38, 47th place, bringing the team home in style. 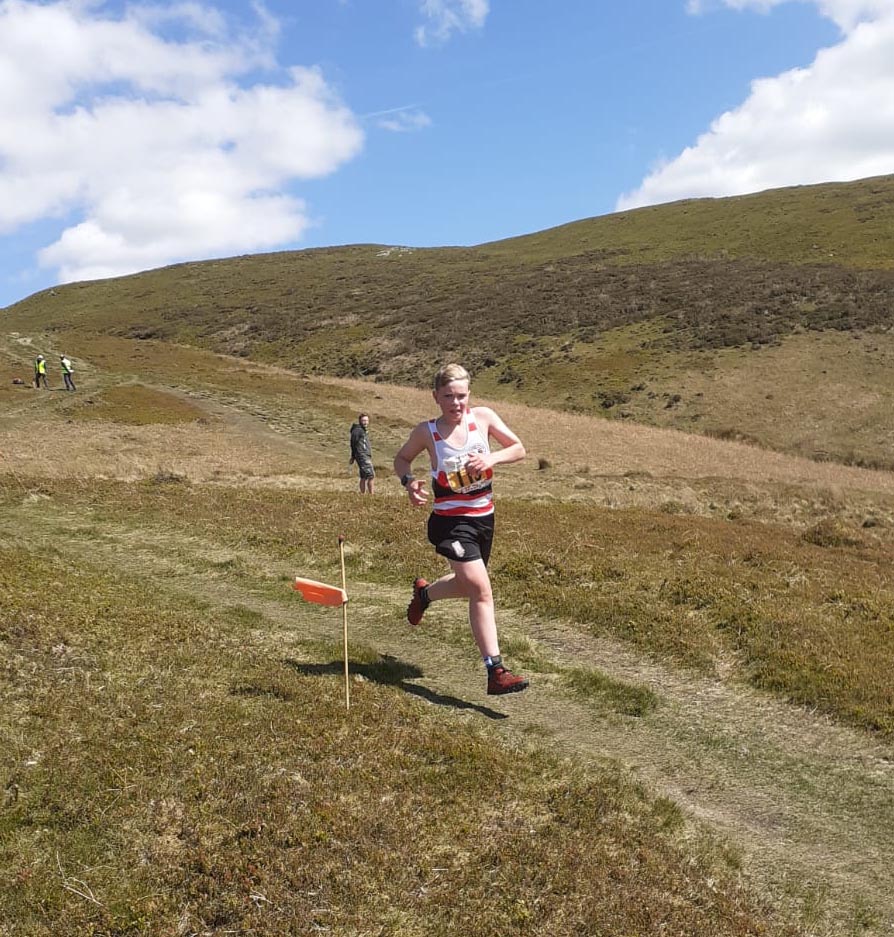 Thomas Mckee, on the same route but slightly extended to 4km for the U15s came a fine 12th place in 22:53. The race winner was Jake Sanderson, Settle Harriers, in a time of 20:23. Also following the same route, but extended to 7km with 600 metres of climbing, Charlie Pickens came an admirable 7th, in 42:37 for the U17s. The winner was Alex Poulston, Wirral AC, in a time of 38:51. 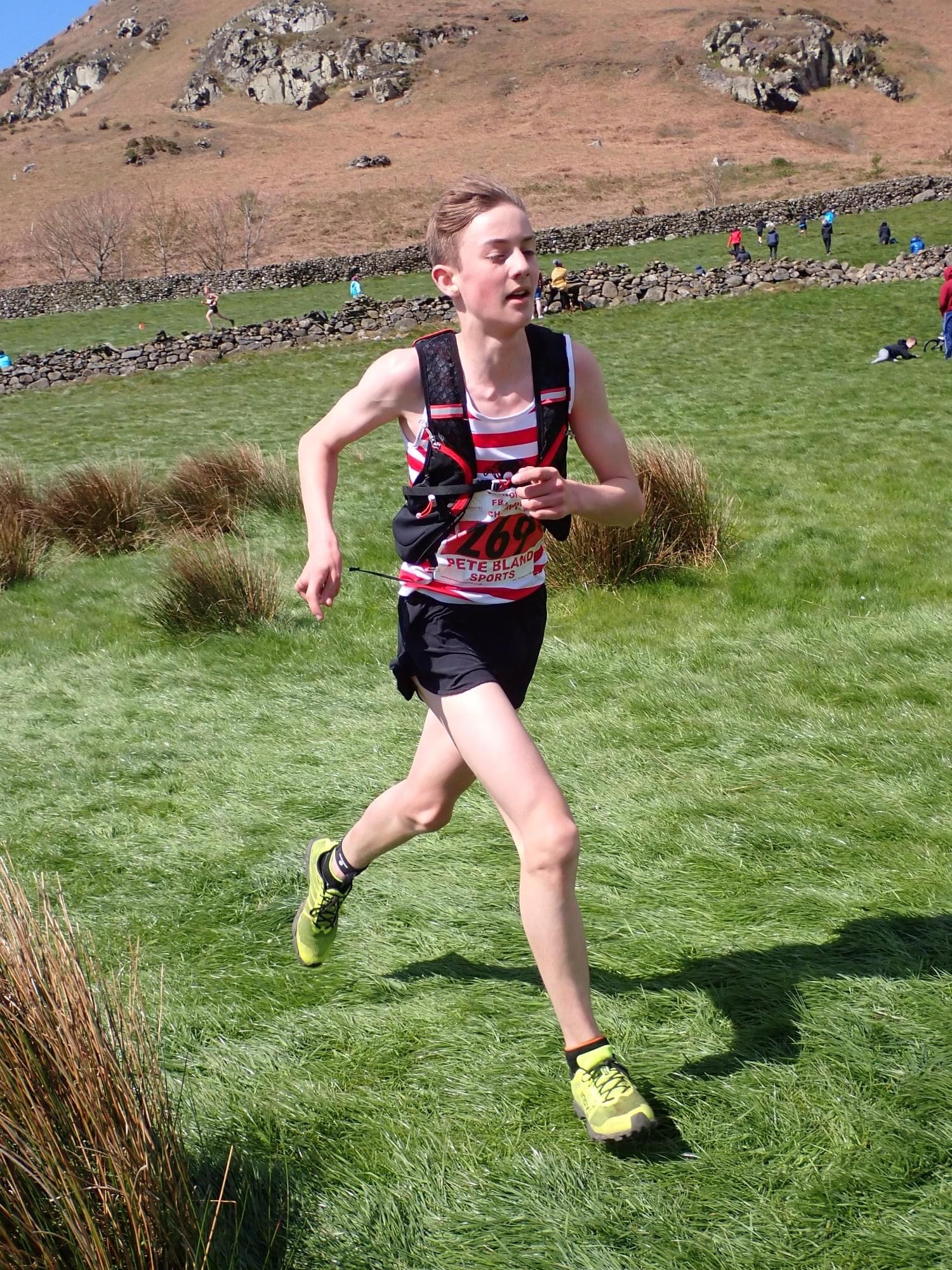 The U19s joined the seniors on the tough Black Combe Dash route – climbing up Pen End to Black Combe summit. Will Hall, who has recently rejoined the club, took a fine 5th place in 44:26, behind Charlie Almond of Ambleside who won the race in 38:48. CVFR’s Elijah Peers Webb had another solid run to take 18th place in 55:03.

A fantastic day out racing in the Lakes. Well done to all our Juniors!