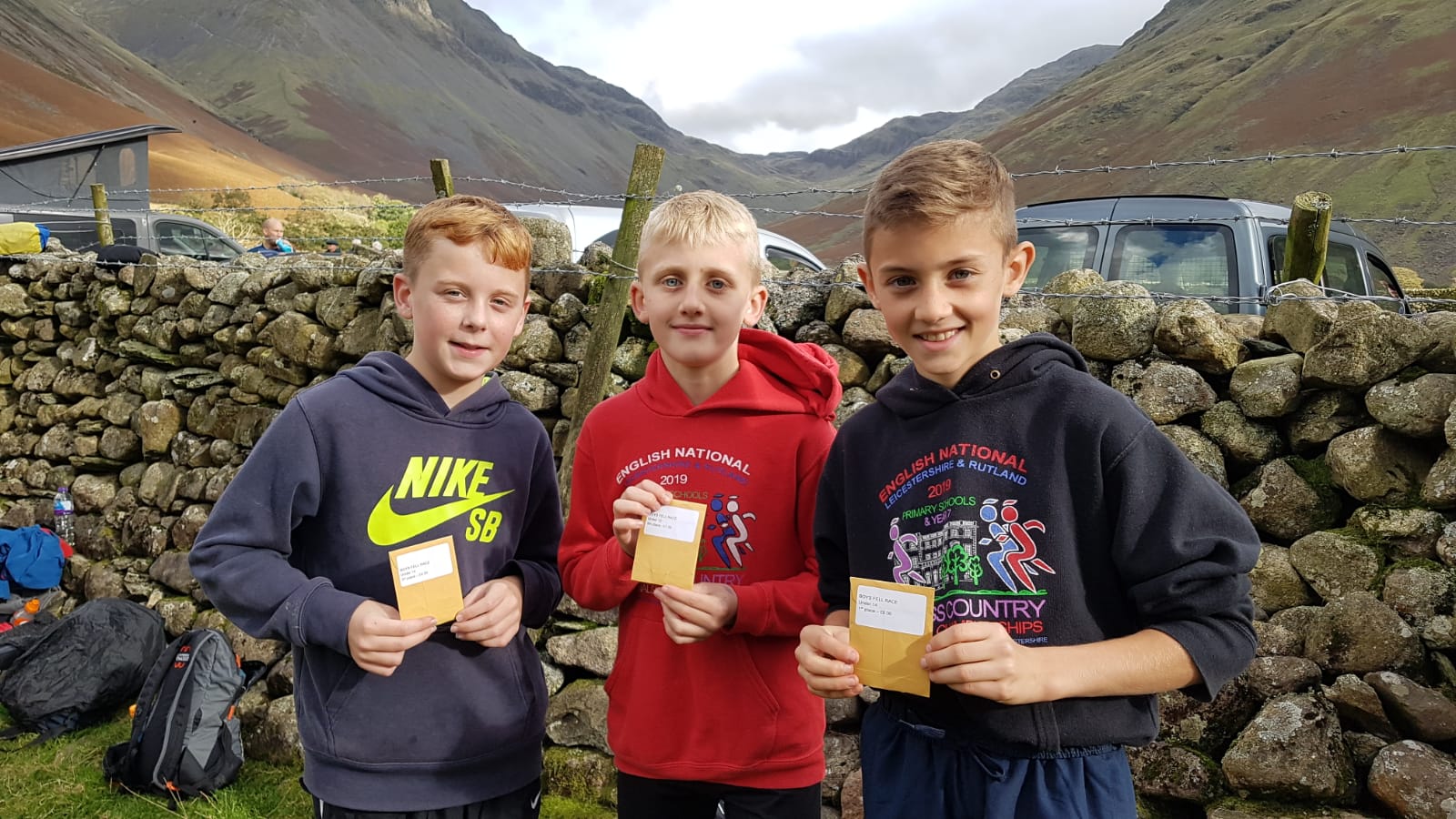 Two Calder Valley juniors also made the long journey up to Wasdale BOFRA Championship on Saturday. The weather held to provide perfect conditions for the steep climb up Kirk Fell. Charlie Pickens came first in the U14s and a delighted Euan Logue of Halifax Harriers picked up 3rd boy. Ollie Pickens’ rapid descent earnt him 5th place in the u12s and his first prize money of the year.

Charlie Pickens had an excellent BOFRA season to finish 2nd overall in the U14s and is looking forward to picking up him trophy at the presentation in November.

Around 500 children attended the English Schools Fell Running Championships held at Giggleswick School, Settle on Sunday. Although the heavy rain experienced overnight lifted, the ground remained hard-going for a collection of CVFR juniors who were running for their various schools. The course involved a river jump and a long, slippy climb before a descent to the main field where the very muddy runners had their final sprint to the finish.

Calder Valley junior trio representing Calder High ran the races of their lives to win the year 8/9 team prize. The talented George McFie, Charlie Pickens and Tom Owen who are still in year 8 thrived in the muddy conditions but surprised themselves to take the team prize. The future is certainly bright for all our junior athletes.