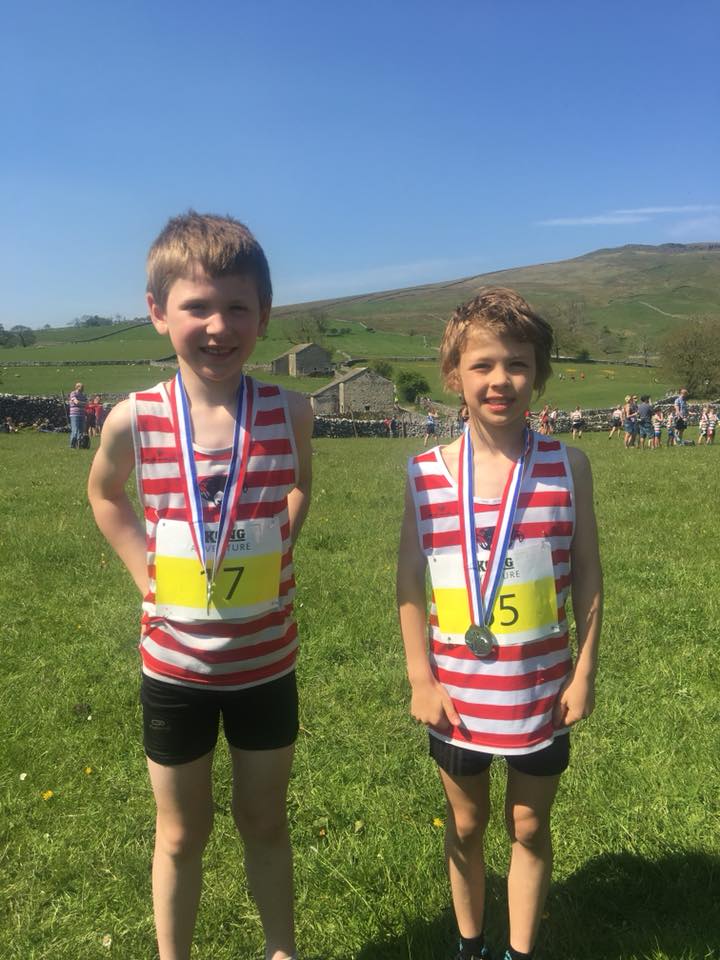 On  a glorious day on Saturday 19 May 18 eager CV youngsters had a go at a Club Champ race, the 5th in this year’s series. Malham Kirby Fell Race is a typically steep and short Dales route on hard dry ground at Malham Kirkby. All routes were out and back and up and down. All CV juniors did brilliantly, and did the club proud. CV’s mini athlete, Clara McKee did her usual outstanding performance and won the U9 race outright, with Harry Cliffe second and first boy.

On Saturday May 26th a number of Calder Valley juniors test themselves against some of the best runners in the country at the West Nab fell race in Meltham, being both an English Championship and the Yorkshire Championship race.

Clara McKee won the U9s outright by some distance and celebrating his first boy position was Ted Parker who came in second in spectacular style.  Lennon Wilson and Thomas Annison also ran well.

The U11 race saw Thomas McKee coming 9th with Sam Annison, Ollie Pickens and Finley Canning all coming in the top 30.

Patrick Casey came in 3rd in the U13s and Charlie Pickens 6th.  Leo Illstone, Evelyn Illstone and Fearne Hanson also did well on what was a very hard course.

The U15s race saw Will Hall come in at 8th followed by James Duffy and Alex Duffield who both came in the top 20. 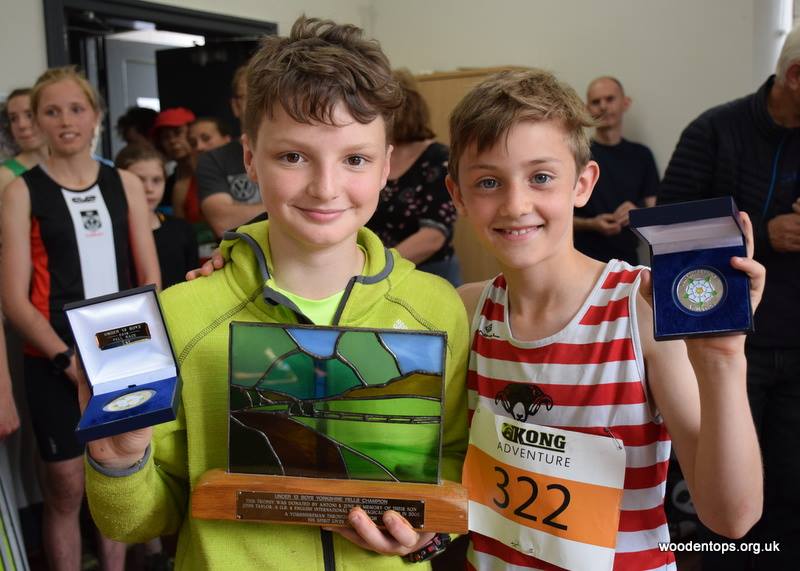 It was also the Yorkshire Championships for the U13s and over. Patrick Casey picked up the gold medal and Charlie Pickens the silver in the U13s and Will Hall was awarded with the silver medal in the U15s.