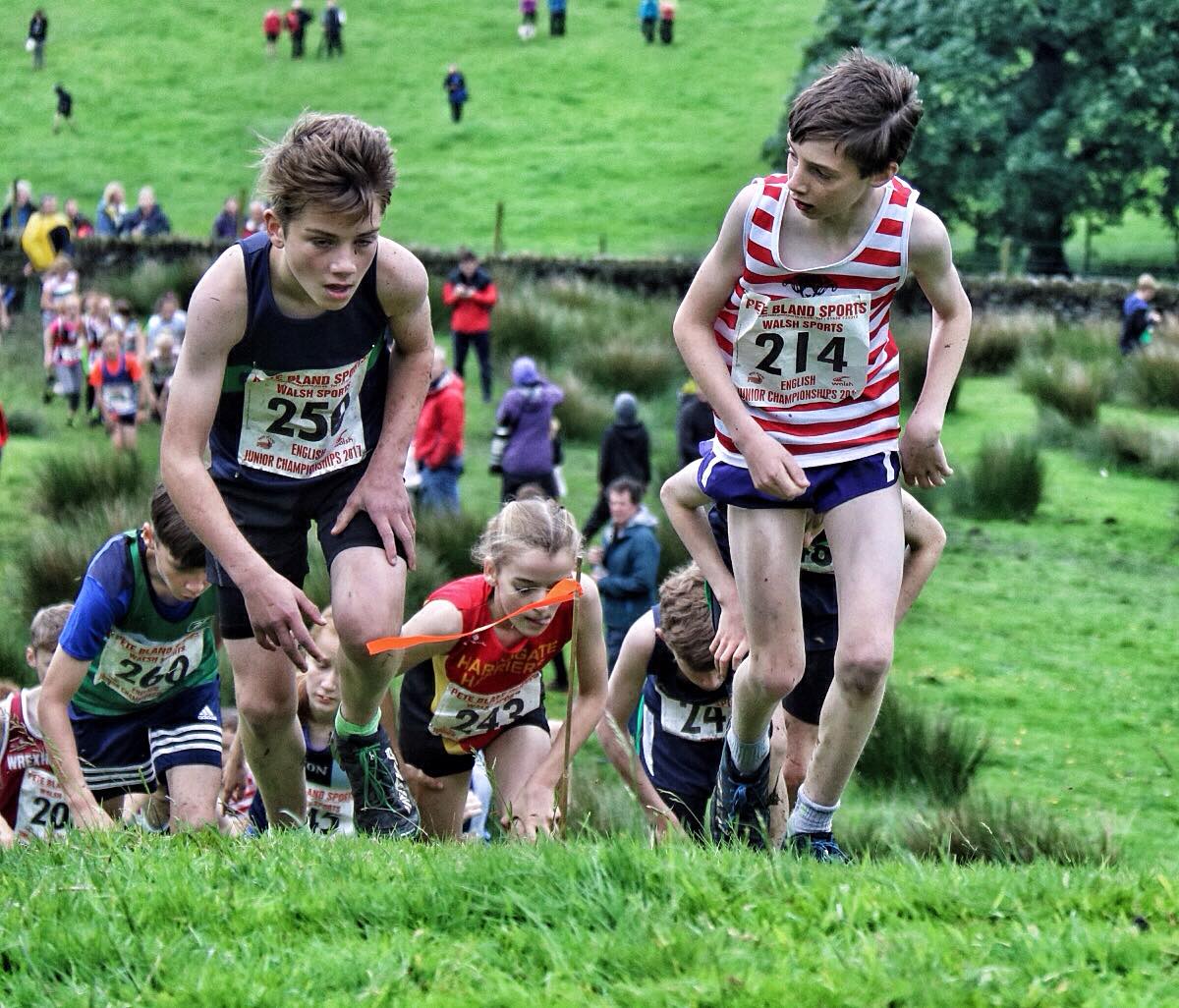 Will eyeing the opposition.

Over the border in Lancashire, 13 CV juniors competed and excelled in the final junior and U21 Championship counter The Rossendale 50th Anniversary event, and Junior Inter-counties event hosted by Rossendale Harriers. The event resulted in a new English Champion in the club. William Hall was placed well enough in this race to claim the under 13 title, a fantastic achievement for William and CVFR and a testament to all the hard work both by the young athlete and coaches alike. 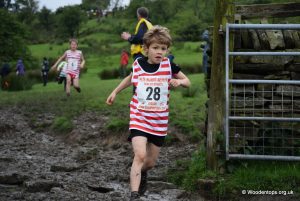 Other impressive race results from the day included seven year old Clara (Lightning) McKee, 1st U9 girl, who is turning out to be one of Calders young bright stars. Sam Annison was 3rd boy U9, Charlie Pickins and George McFie 4th and 5th in the U11 with Thomas McKee a fantastic 12th. Ollie Pickens was 33rd with Fearne Hanson 45th place.

In the under 13s with Will placing 2nd, James Duffy 6th, Patrick Casey 12th and Alex Duffield 13th the red and whites certainly made an impression in this age group this year with constantly placed athletes in the top 15.

Maya Brunt and team mate Ruby McFie ran well in the under 15s to get 46th and 47th place respectively.

Full results can be found here. 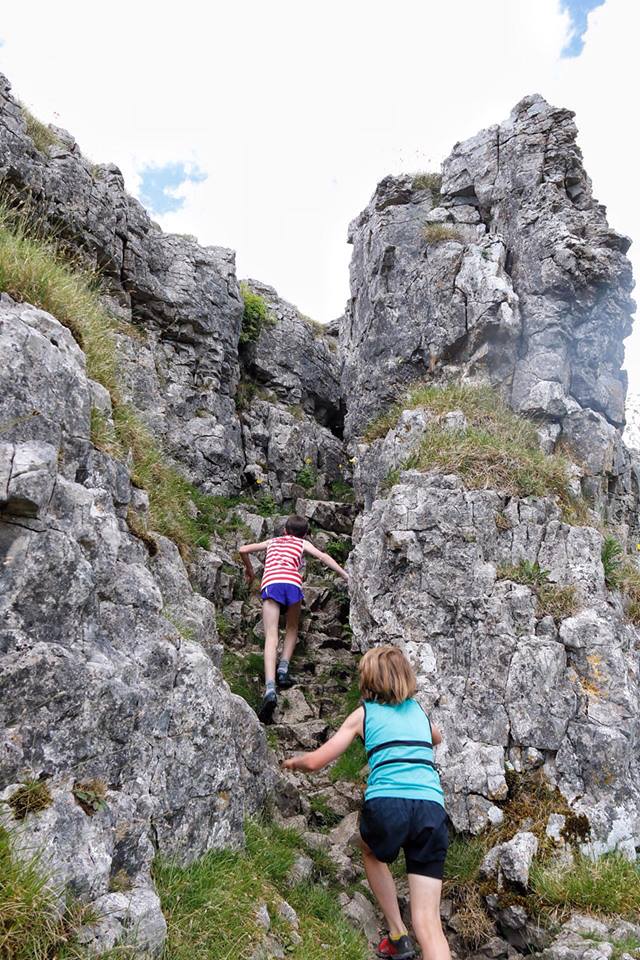 Will on the steep scramble up through the rocks

At the short, sharp shocker Kettlewell Fell Race, which sees runners climbing 600 feet straight up the rocks and back down the scree in just 1.5 miles, showing just how steep this route is. There was an excellent turnout from Calder Valley juniors at the race, and some even better results. In the under 9s, Sam Annison had a fantastic run to finish in 4th place. In the under 12s meanwhile, William Hall took 1st place, James Duffy 5th and Patrick Casey 6th, showing the strength of the club in this age category. 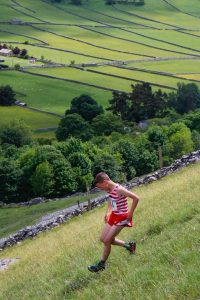 Patrick on the very steep descent 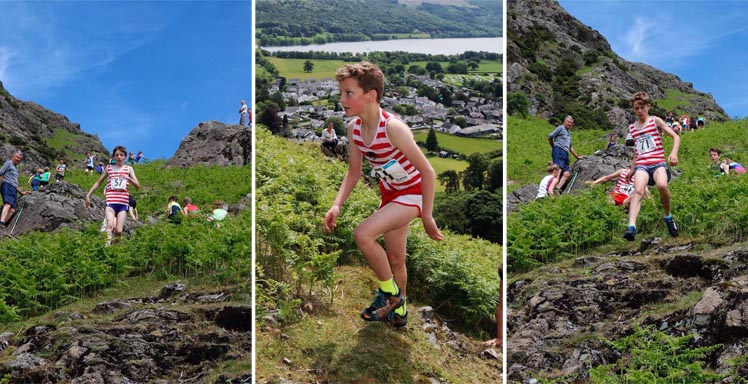 One of the first BOFRA (British Open Fell Running Association) races of the season is Coniston Gullies in the Lake District a fast, technical race with only a kilometre of distance covered in 300 metres of climbing. It’s not for the faint hearted with the only easy bit being a short flat track at the start and finish. The race includes a steep gully of bracken with stoney rocky outcrops for the runners to negotiate which is tricky on the descent. William Hall took the lead from the start and won the under 12s race by 11 seconds. Fearless, sure footed mountain goat James Duffy placed a great 4th place with his descending skills. Patrick Casey ran well and despite taking a tumble on the downhill did amazing to take a well earned 6th spot.