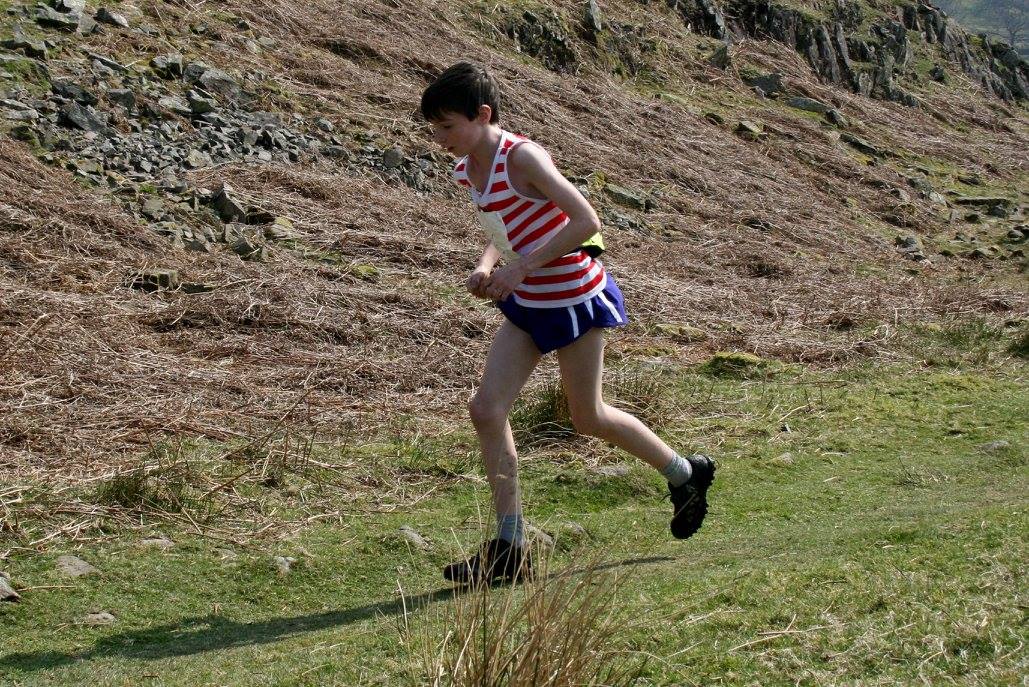 Will running hard for a podium spot

In the final race in the Kendal Winter Series, Will Hall – a junior at Calder Valley and pupil at Colden school – took victory. He finished first in the 3 mile race in Elterwater, putting him a very impressive second in the under-13s series overall. Following on from his seventh place in the National Cross Country Finals late last month, this is another excellent result for this young runner. Young Patrick Casey, at the lower end of the age category, finished an excellent 54th overall. 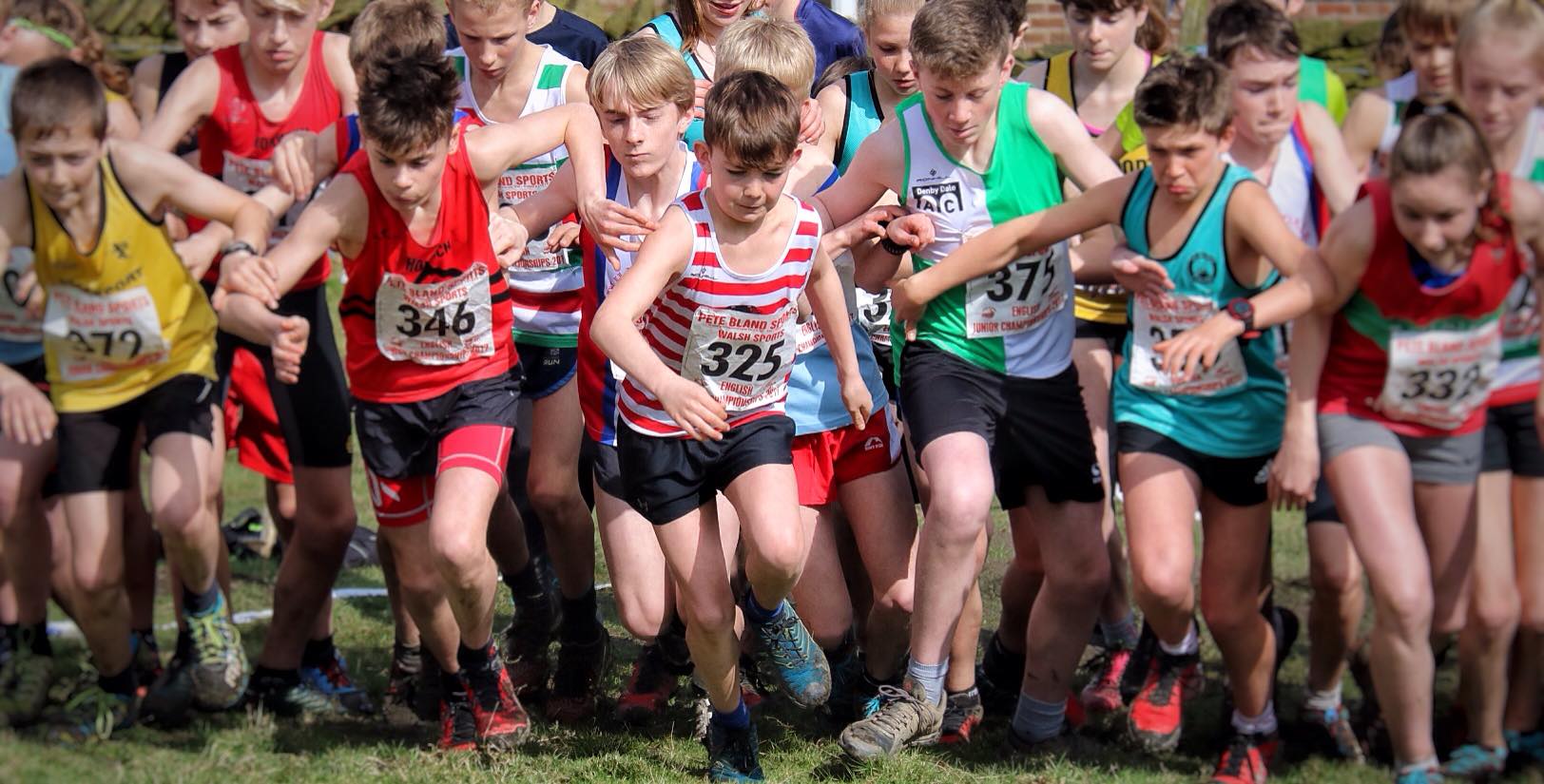 And CVFR is certainly bursting with emerging talent with impressive performances from the youngsters at West Nab, the second of the junior English Champs races. Sam Annison was 3rd under 9, and Calder Valley dominated the first 10 places in the under 13s with William Hall 3rd, James Duffy 4th, Patrick Casey 5th, Alex Duffield 6th and Joseph Hobbs 7th. The under 11s (Charlie Pickens, George McFie, Finley Canning, Fearne Hanson, Ben Hodgkinson, Ollie Pickens) really shone as did the under 15s Ruby McFie, Maya Brunt and Eilo Beesley, who overtook his rival from last season. In this very competitive age group there was good steady progress in the under 17s for Lucas Greenwood too. 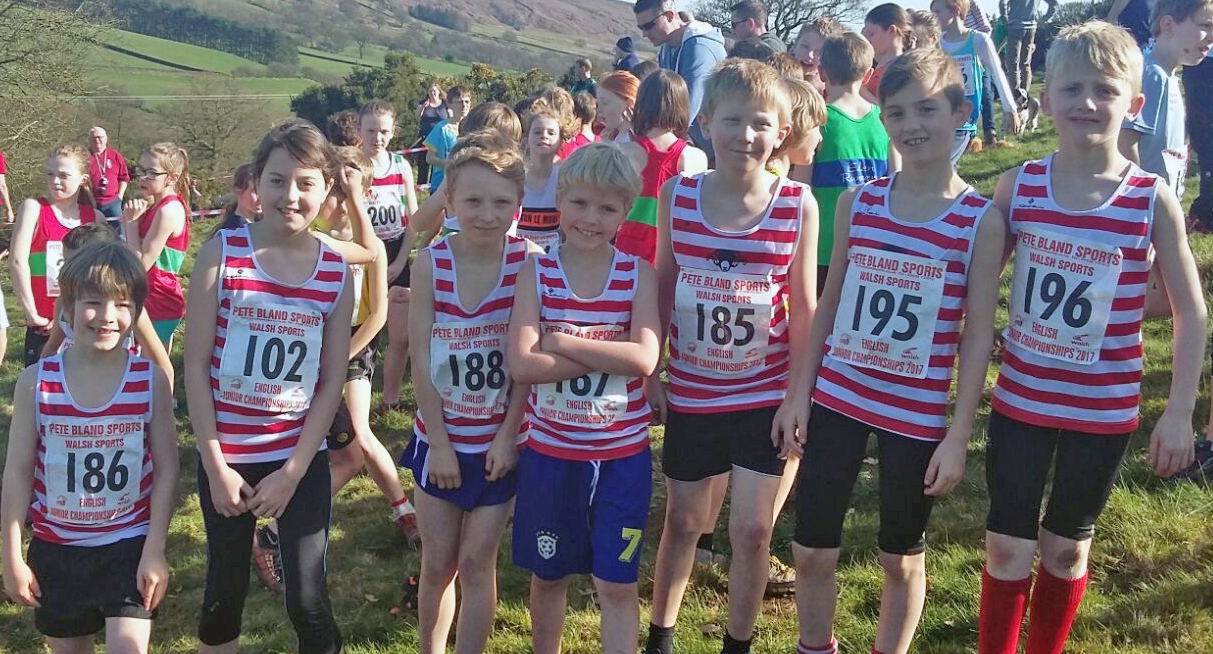 Our junior fell running community headed to Chop Gate in the Esk Valley, North York Moors on Saturday 25th March for the Cock Howe Classic, first counter in the FRA English Junior Fell Championships. What started as a seed of an idea for Esk Valley Fell Club in early 2016 was realised with 206 of England’s top fell running talent competing in four races for age categories under 9 to under 21. The weather was booked back in 2016 and did not fail to deliver with warm sunshine from dawn till dusk. The four courses were all suitably tough recognising their championship status, with all well beyond the A-standard in senior terms, though to see the juniors in action they made fell running look very straightforward. 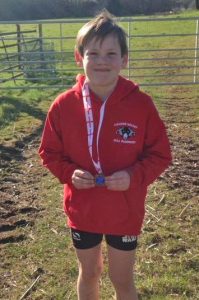 one happy Sam with his medal

First off was the under 9s with another great run from Sam Anniston who placed 3rd boy and won a very nice bronze medal. A great start to his championships. In the under 11s it was another bronze medal for the red and white hoops of Charlie Pickens who ran exceptionally well. With team mates George McFie (13th), Thomas McKee (17th), Ollie Pickens (44th), Finley Canning (52nd) and Wynn Standish (54th) in this age group the hoops were very well represented indeed. In the girls under 11s Fearne Hanson had a stormer to take 5th place and just outside medal contention. Next time Fearne.

With some of his team mates representing West Yorkshire in the County Cross Country champs Patrick Casey knew he would have to run very well to take advantage in getting some well in earned points in the under 13s race. A silver medal was his for 2nd place and he was only denied the gold by 9 seconds. Outstanding racing by Patrick. Well done young man.

In these highly competitive races in the under 15s Eilo Beesley raced hard to place 23rd with Ruby McFie in 51st place. Stepping up into the under 17s Lucas Greenwood works hard to get a good placing with a top 50 spot this time.