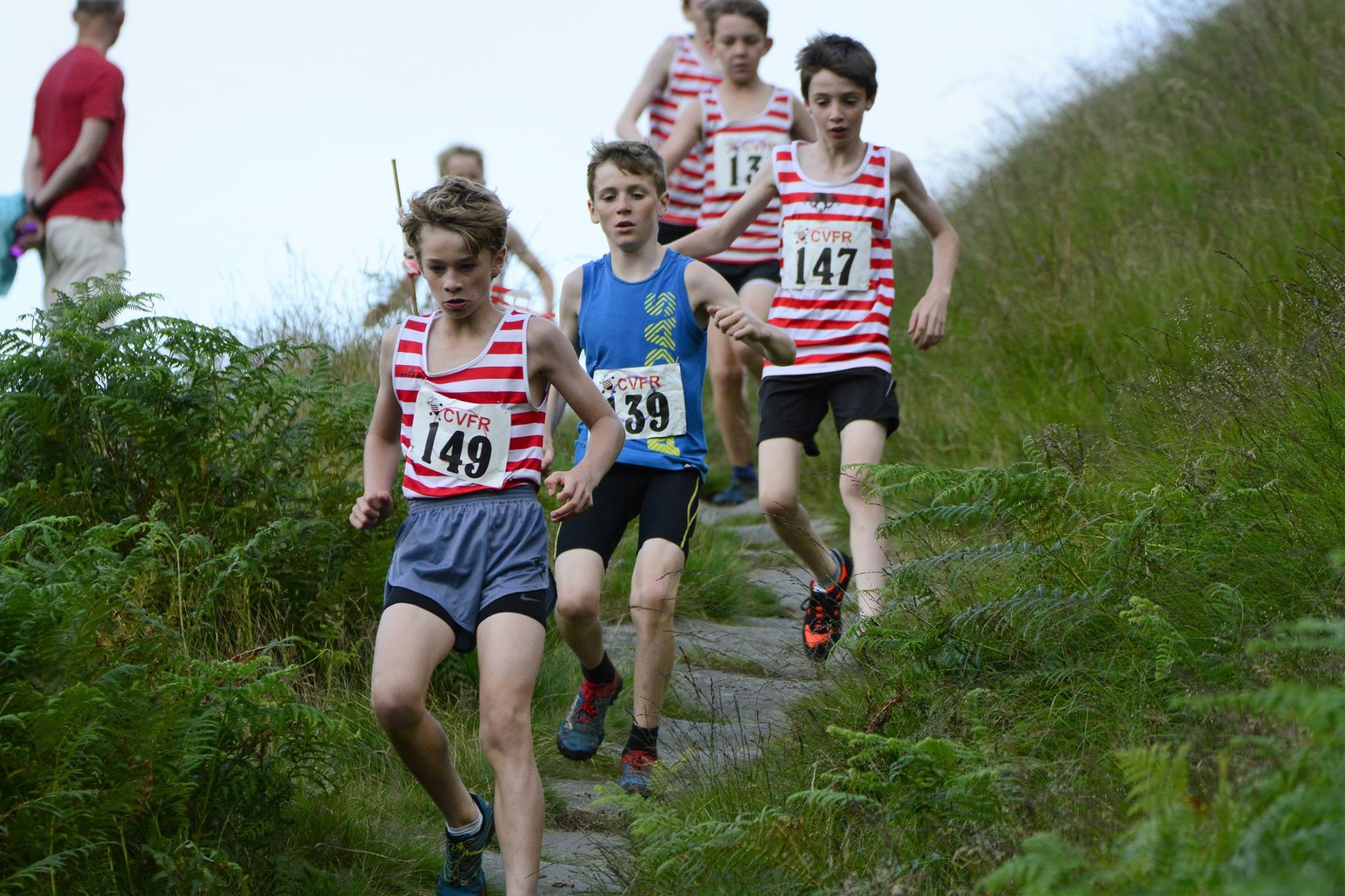 It was a sea of red and white as the future stars of the local club Calder Valley Fell runners descended on the fells to claim more points in their championships. From The Pack Horse pub near Widdop and with the weather being kind it was a bumper entry with clubs from all over including Northowram, Clayton Le Moors and Barnoldswick.

First off were the under 8s where Thomas McKee took the spoils for the local club in just over 4 minutes. He was closely followed by team mates Ollie Pickens who was 4th in 4mins 35secs and 8 seconds later Wynne Standish in a fine 5th.

Not to be outdone Patrick Casey stormed home in the under 10s to break the course record in 8mins 6secs. Other excellent runs came from Charlie Pickens in 3rd spot in 9mins 10secs, GeorgeMcFie a fine 5th only 5 seconds later followed by Tom Owen in 8th, Ben Hodgkinson in 9th, Leo Illstone in 14th place and George Whittaker 18th. Sylvie Smith had a good run to take second girls spot and 13th overall with only 17 seconds separating her from the first girl Mollie Smith from Wharfedale Harriers who won in 10mins 28secs. 9 seconds after Sylvie was Fearne Hanson who sneaked great 3rd girls place and 15th overall with her team mate Matilda Baldaro taking the 4th girl and 16th out of a field of 23.

With this being the most hotly contested category for the local club Calder’s William Hall just missed out on top spot in the under 12s by 5 seconds from Clayton Le Moors Dexta Thompson who won in 9mins 21secs. It was an exciting finish for the next 4 runners and for their parents watching on as the lads were only split by seconds with 4th spot being James Duffy in 10mins 5 secs, followed by Jude Baldaro 2 seconds later in 5th, and only 1 second splitting 6th Billy Blacker and 7th Joe Hobbs. 8th place was the ever enthusiastic Eilo Beesley in 10mins 25 seconds. Another battle was ensuing behind him as Farrel Brown took 11th spot in 10mins 49 seconds but hot on his heels was Noah Beale 2 seconds later. In great racing form 1st girl Beth Blacker in was 13th overall and only 4 seconds off the pace of the lads in front of her. She had to work hard to keep team mate Lucas Greenwood from sneaking in front of her who was another 4 seconds back. Olivia Sylge placed 16th with Ruby McFie in 17th spot.

In the under 14s again the race was won by a Clayton Le Moors runner, a star of the fells Briony Holt. She won the race outright in 24 mins 45sec. Every improving Lucas Greenwood took 4th place with Daisy Holmes being the 3rd girl and 5th overall.

Two of Calders under 18s took to the fells with Martin Howard winning in 24mins and 35secs with his good friend and team team who was feeling the heat on the night Matthew Murray placing second in just over 30minutes.

Our juniors who were hungry for championship points took all the honours on what was a wet night. This new race, Alderman Ascent, was started to help to raise money for the local scout group. Calder’s juniors certainly contributed to this with both the numbers running. taking most of the top spots and having a great time running in the rain. Well done all. (photos courtesy of Andrea Greenwood) Full results can be found here 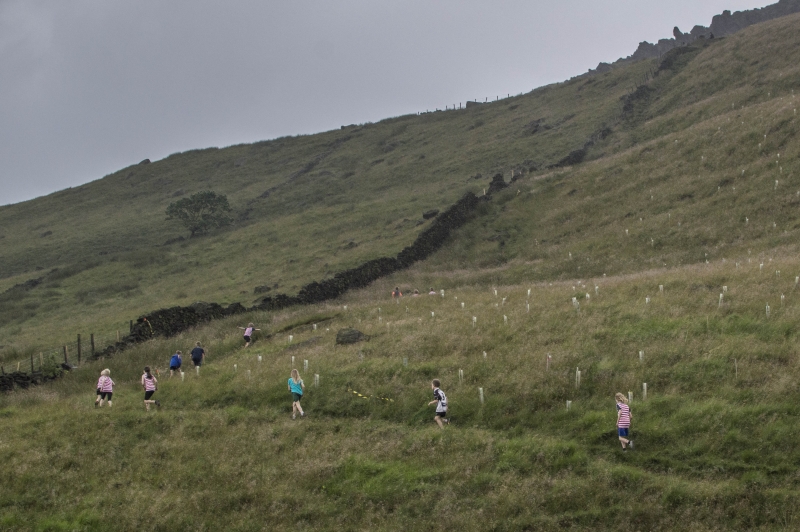 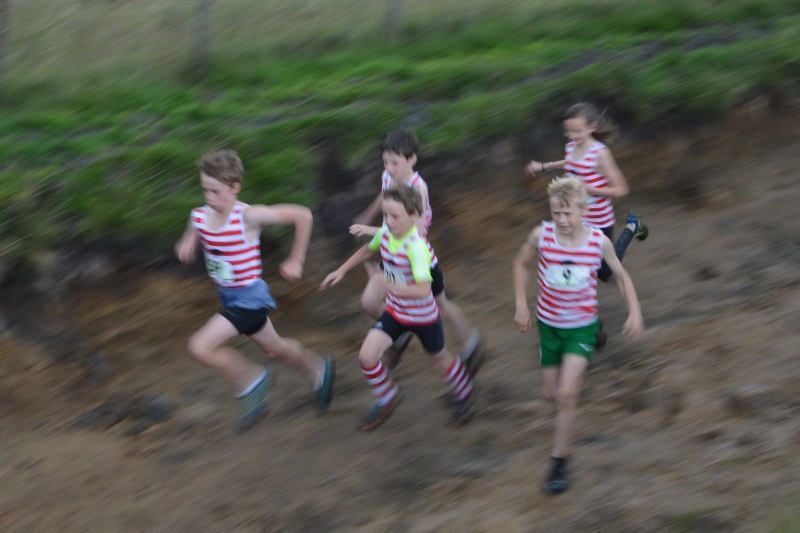 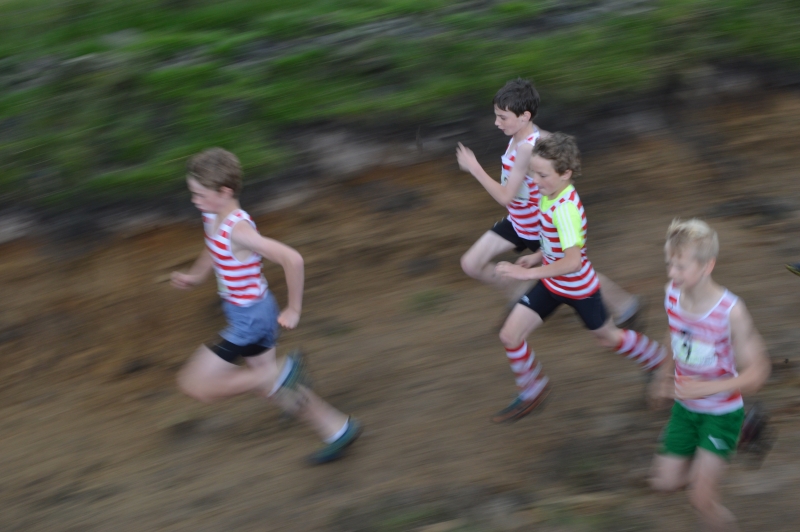 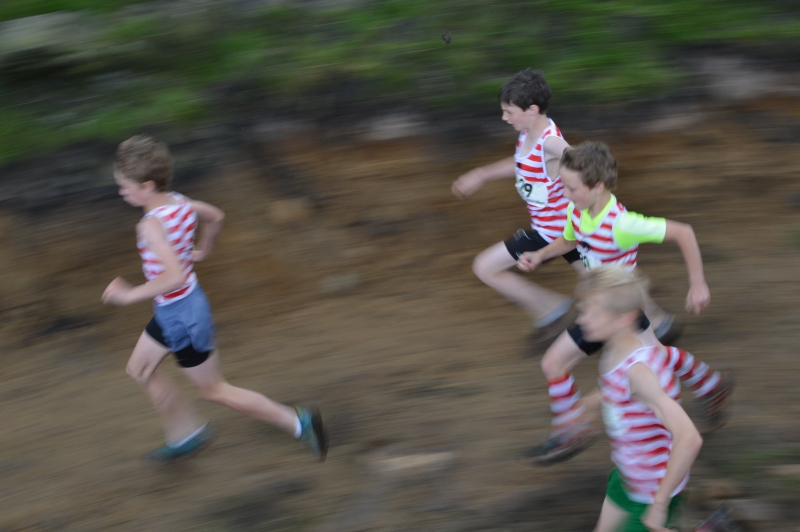 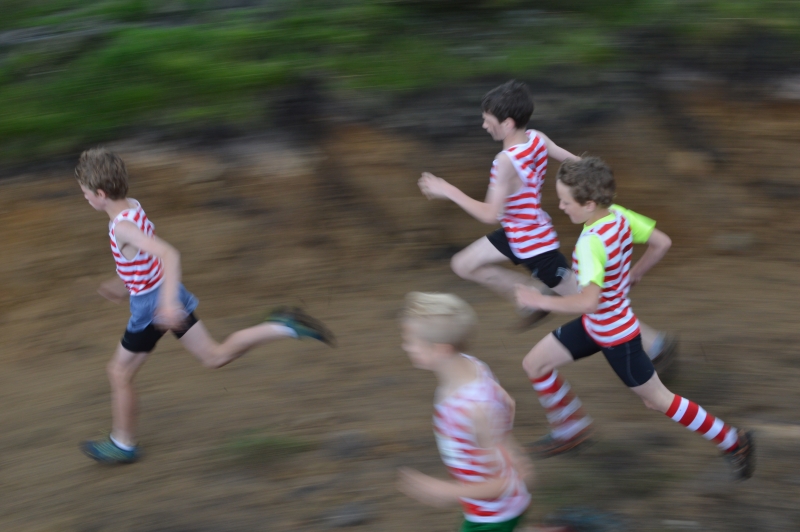 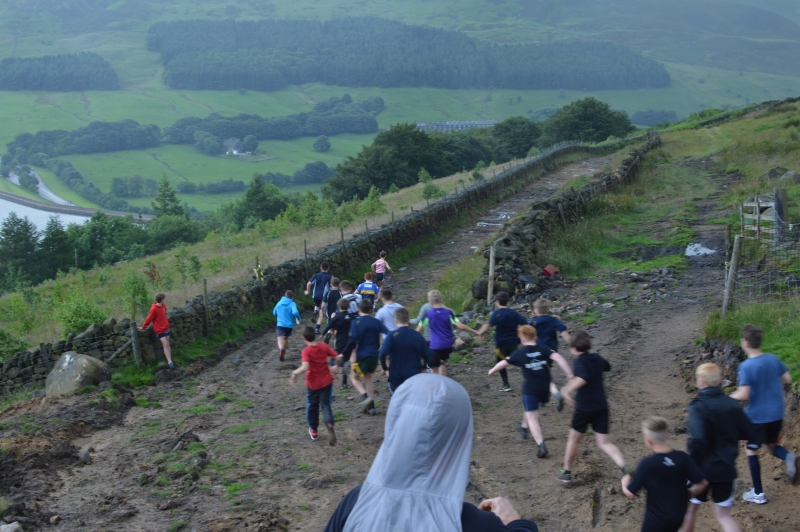 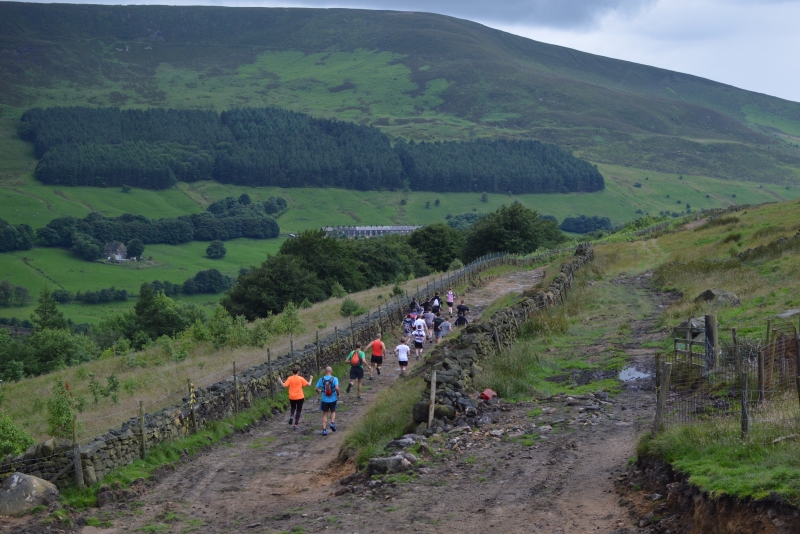 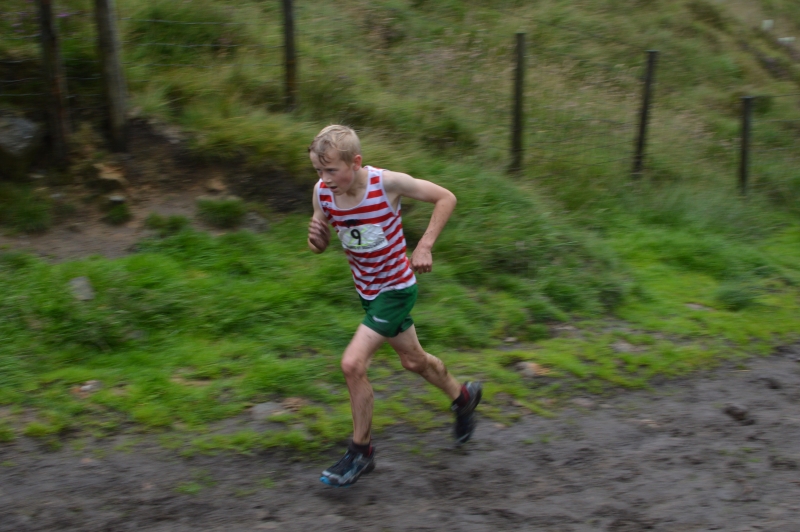 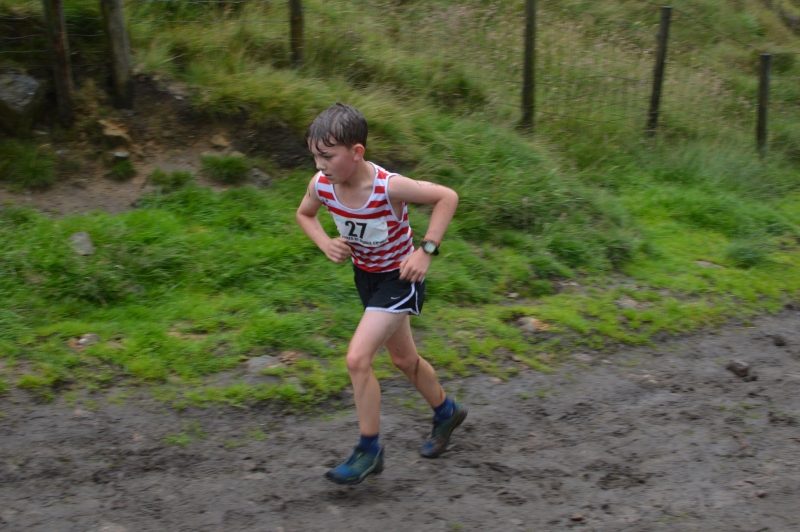 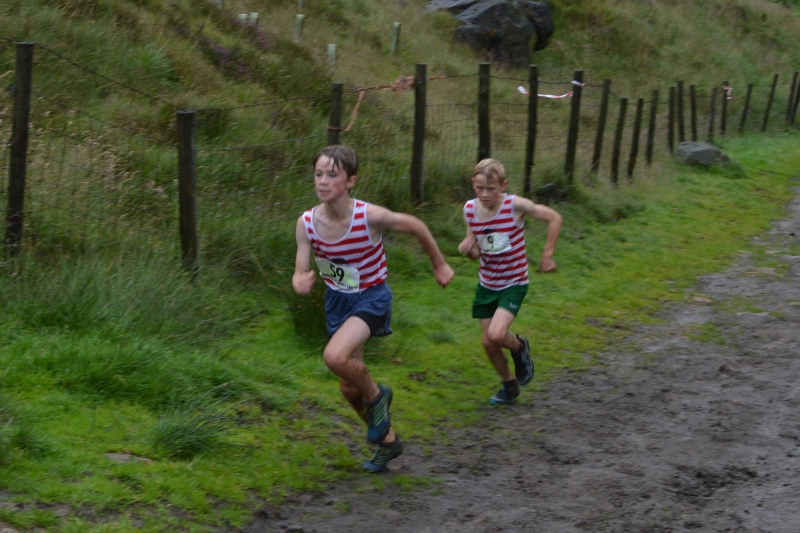 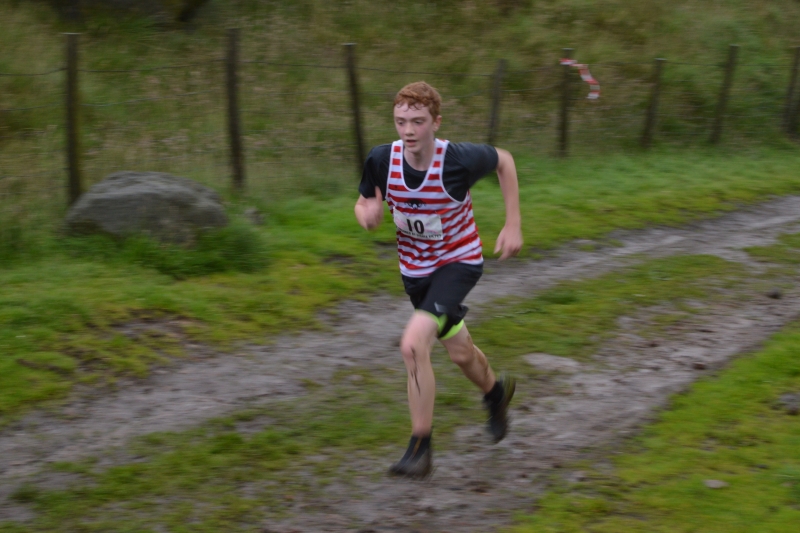 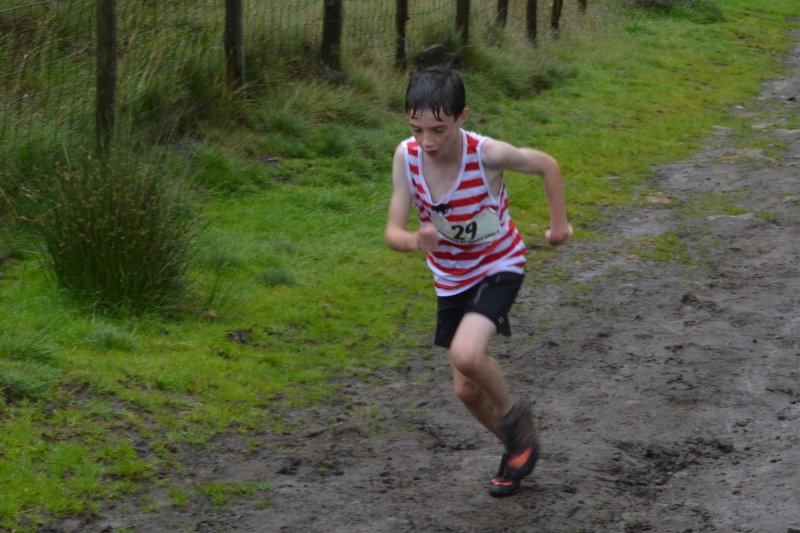 Calder Valley’s Jack Denton was part of the winning under 18 team for Yorkshire taking home a gold medal. Yorkshire took a clean sweep in the competition, winning all the individual and team prizes in all age categories.

Calder’s Patrick Casey came a well deserved third in the under 10 race. 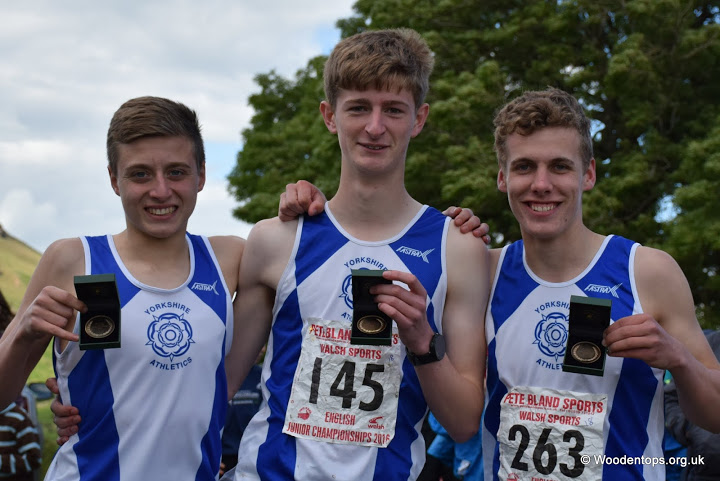